Christmas was the major event of our trip to Arkansas.  After that, the rest of the time was spent just playing with the kids and enjoying yummy leftovers.

The day after Christmas it was reasonably nice out, so we decided to try to get the kids out of the house.  The plan was to pick up some lunch, then go have a picnic and play at the park.  Unfortunately on the way there we hit our only real hiccup on the trip, Pat and I got rear ended on the way to the park.  Fortunately no one was hurt, but it was a little scary for a few minutes.  I really have to thank Lindsay and Chris for their help and patience with the accident.  We were following their car to the park, but Pat was able to avoid hitting them.  Chris was awesome at getting the police there and keeping Ben’s cousins calm while we worked everything out.  Lindsay was very  helpful in helping me be sure Ben was okay.  As I said, everyone was fine, which is what really counts.

After that incident though, we didn’t really feel like a park trip.  Instead we went home and let the kids run around in the back yard with bubbles!  Kids love bubbles, so this was a big hit.  Ben enjoyed the bubbles as well.  This was his first time wearing his boots outside, and he was not a fan.  He accepted them on his feet, after some protesting, but wouldn’t walk in them.  He mainly sat and crawled around a little.  But bubbles made it all worthwhile. 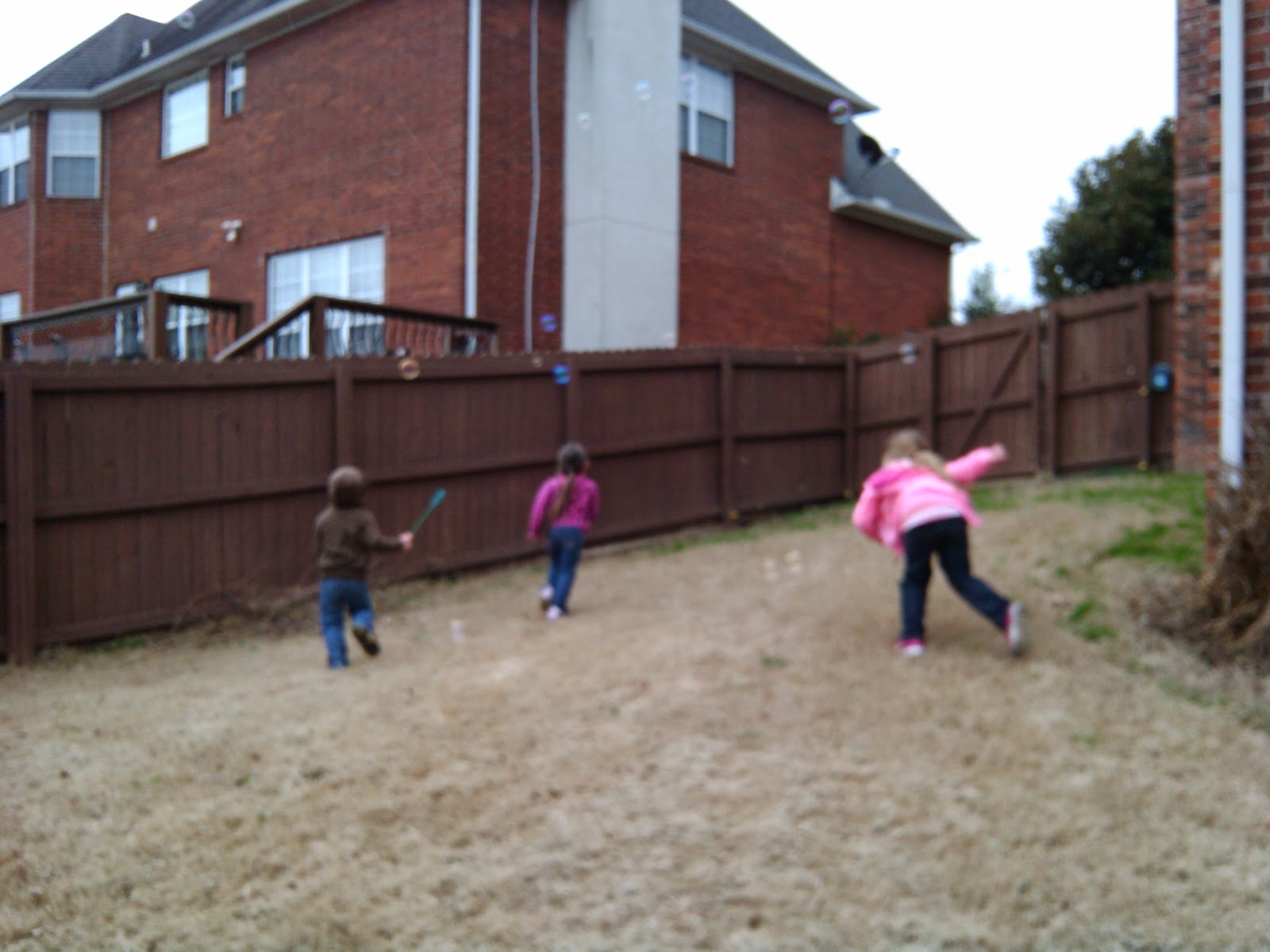 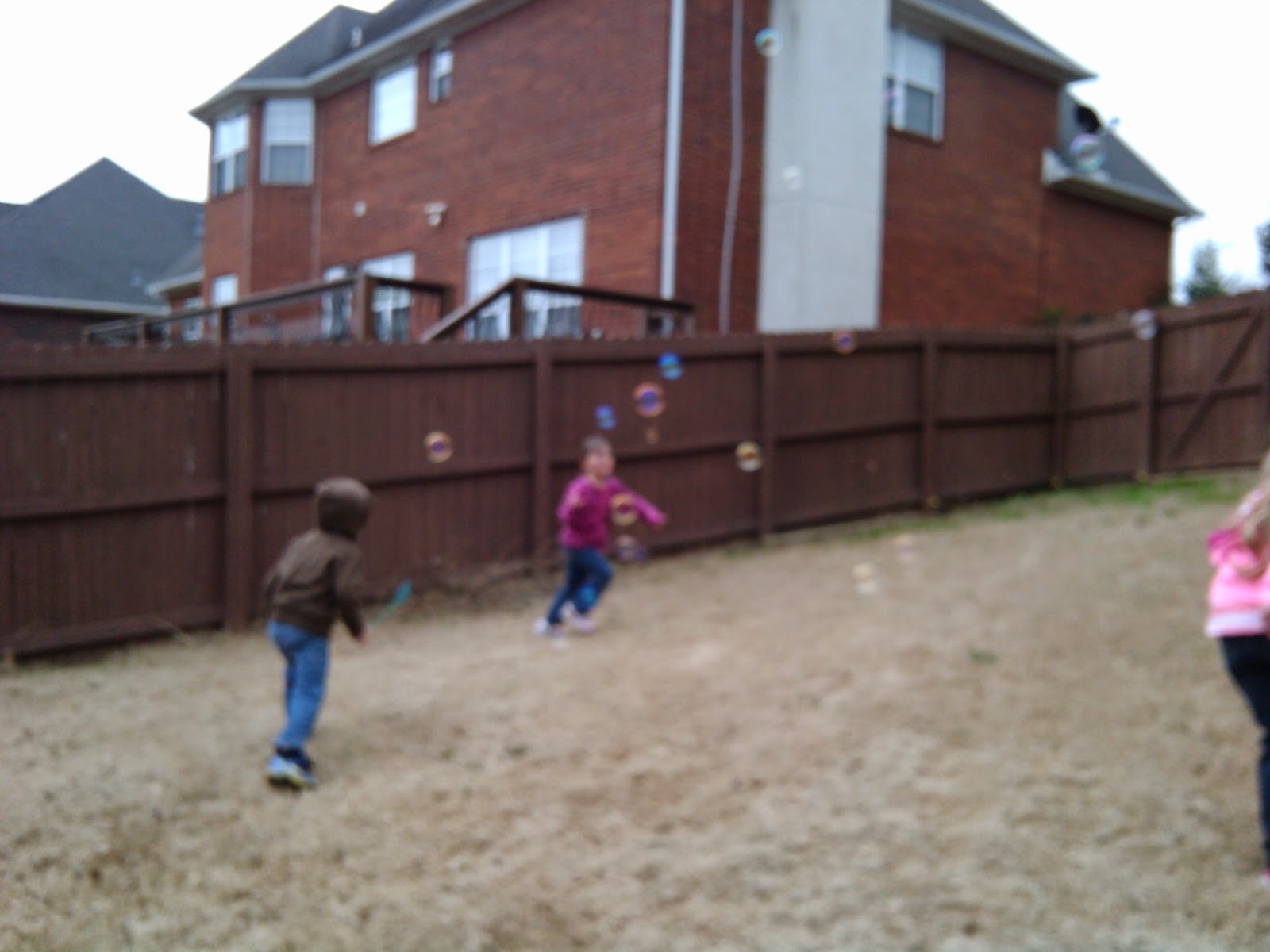 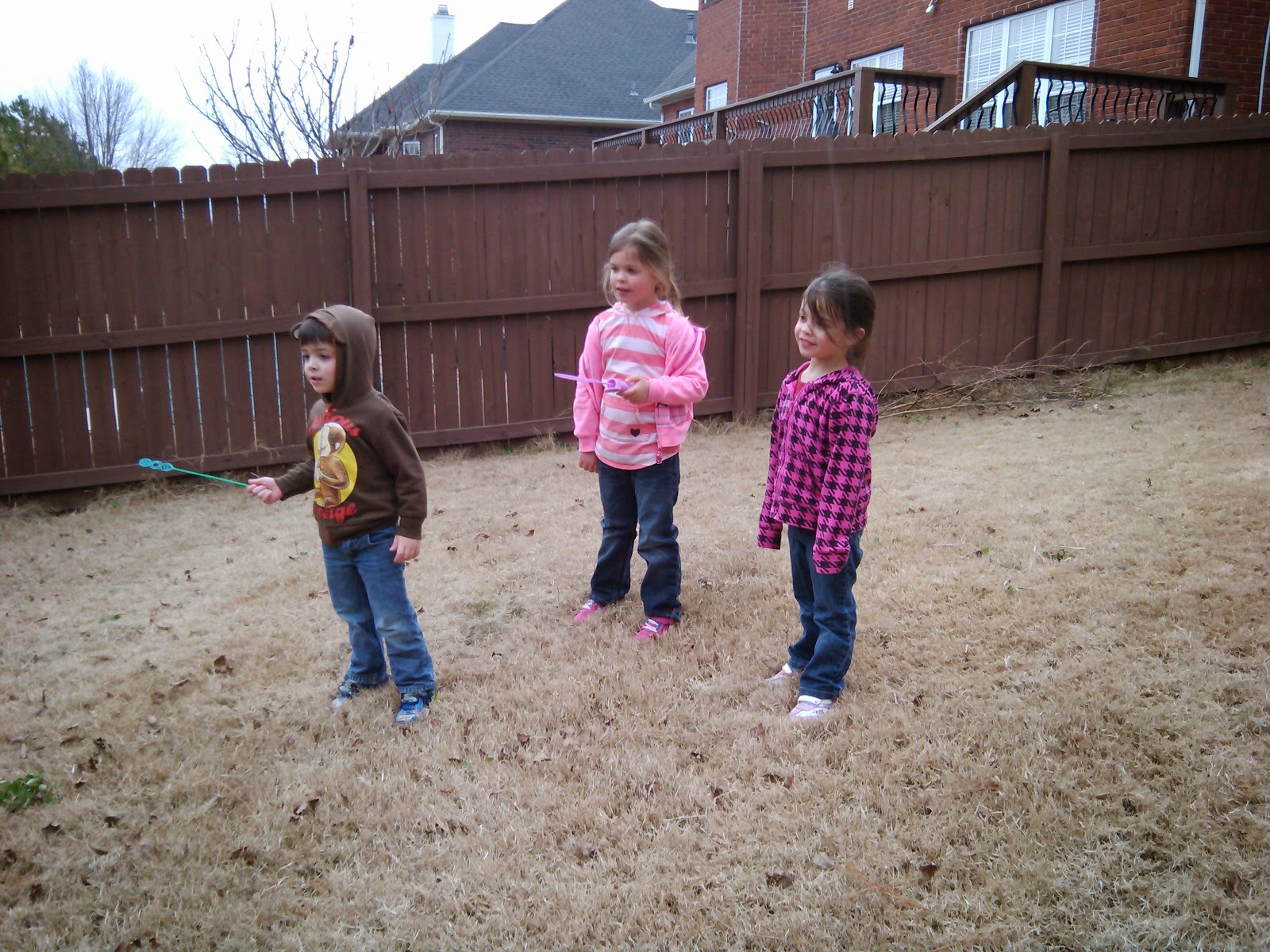 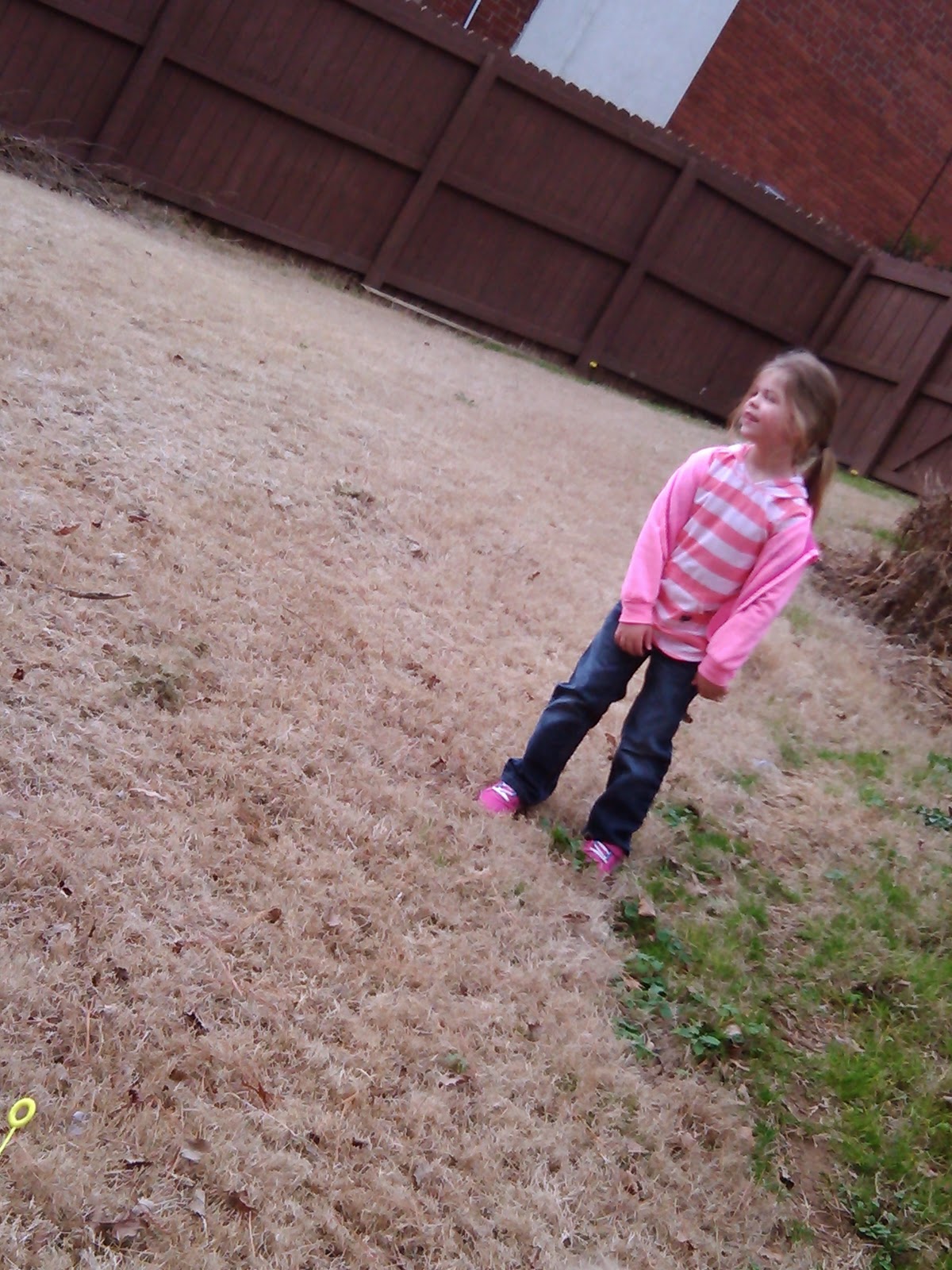 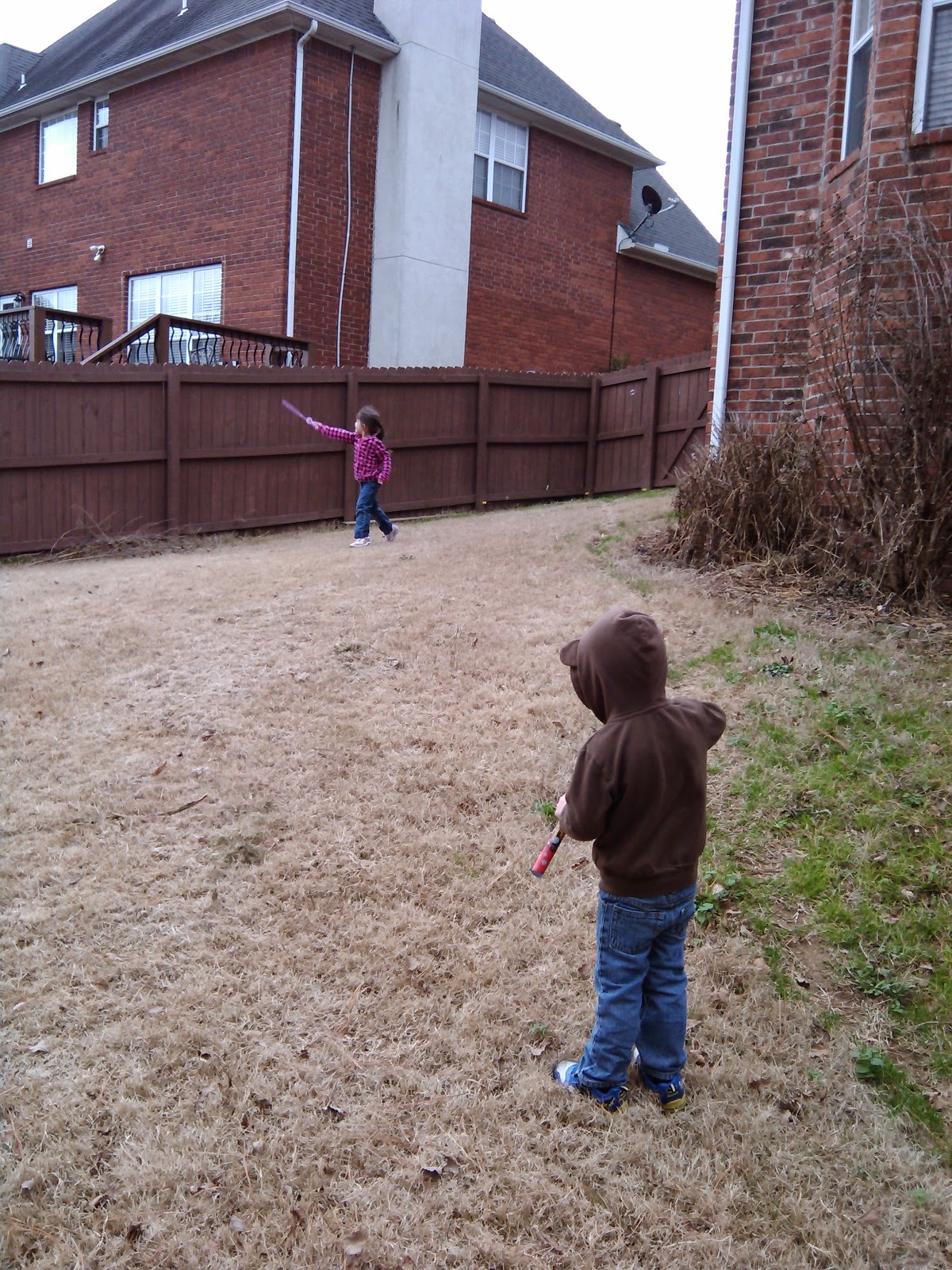 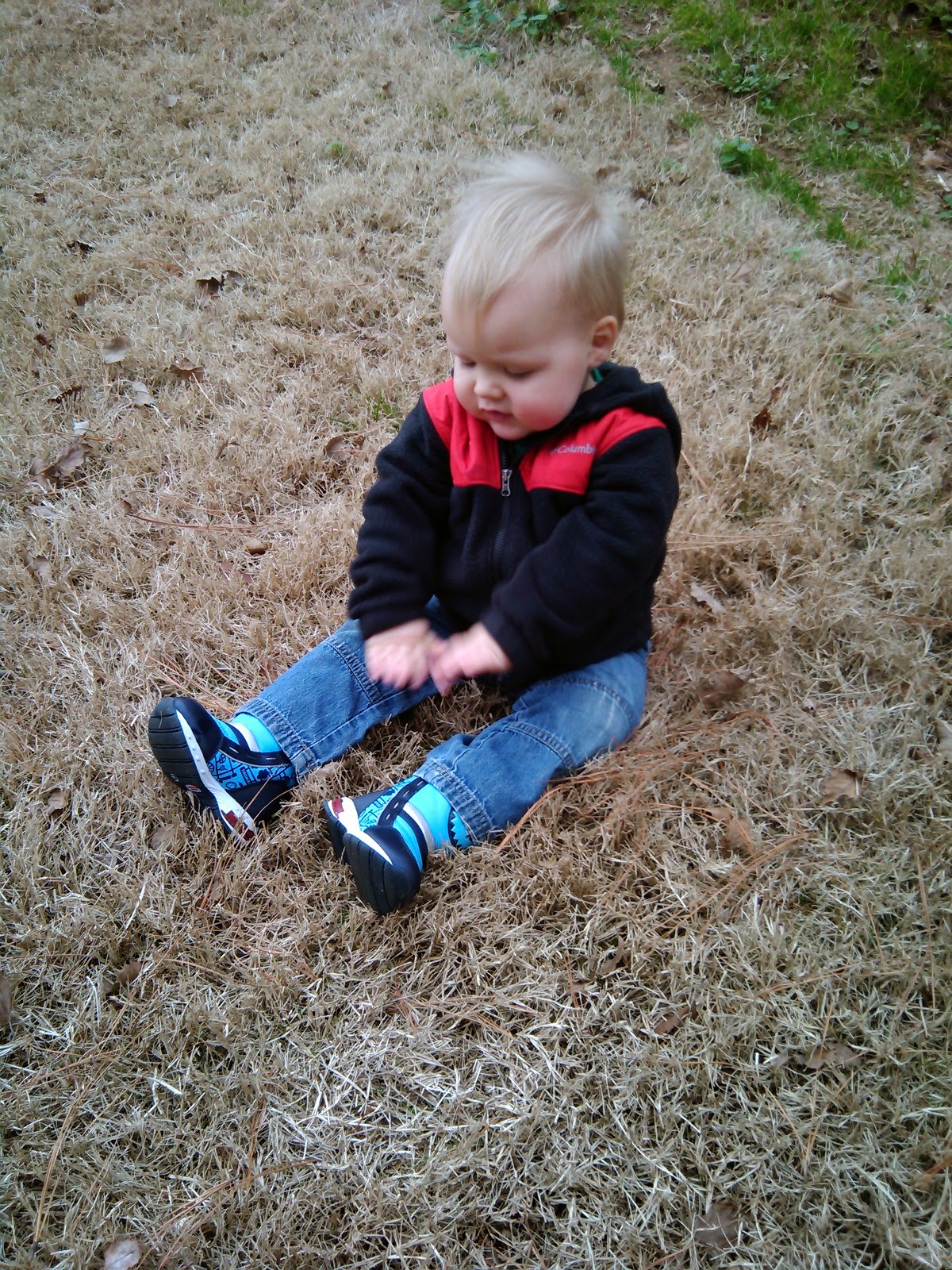 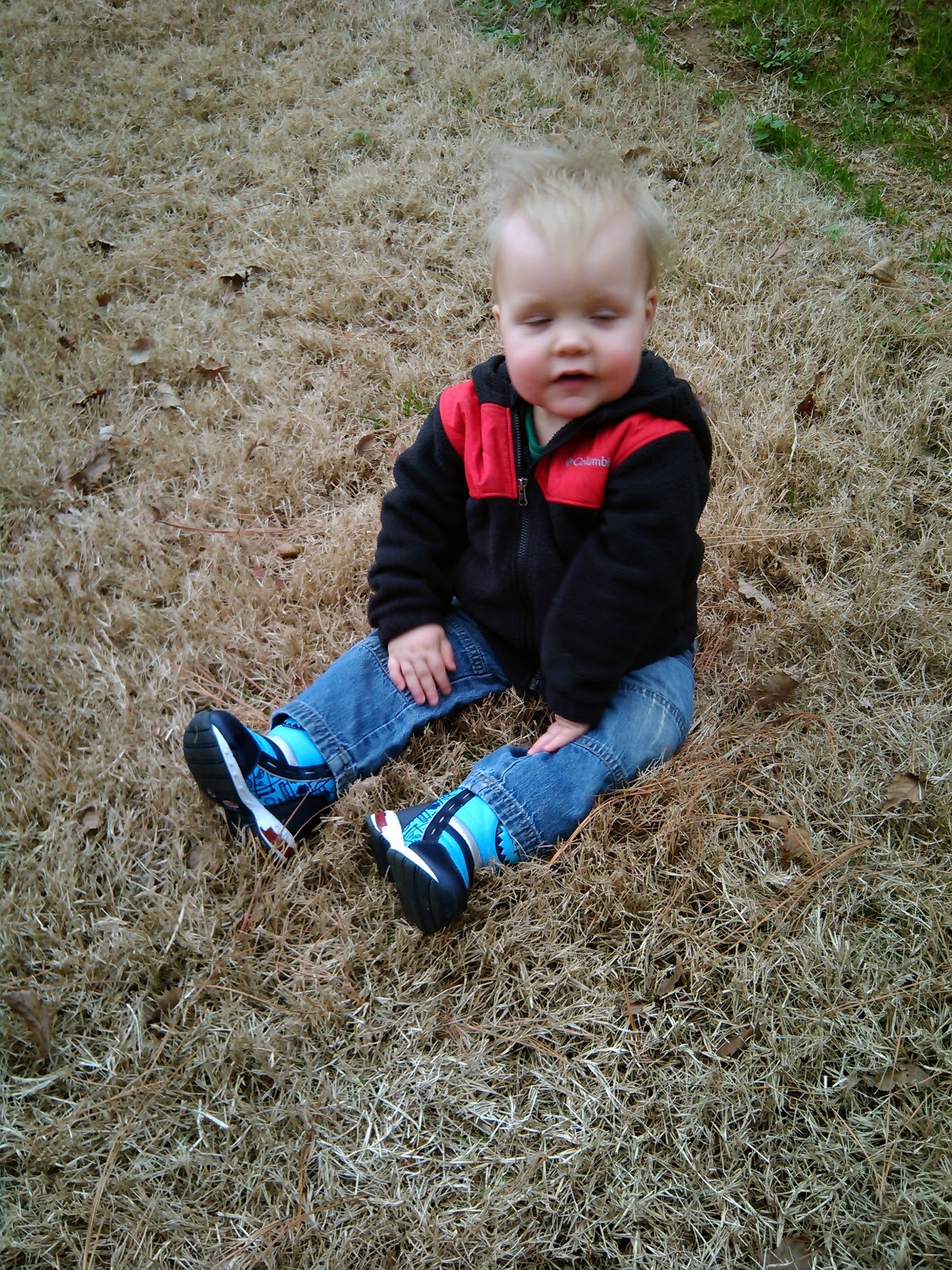 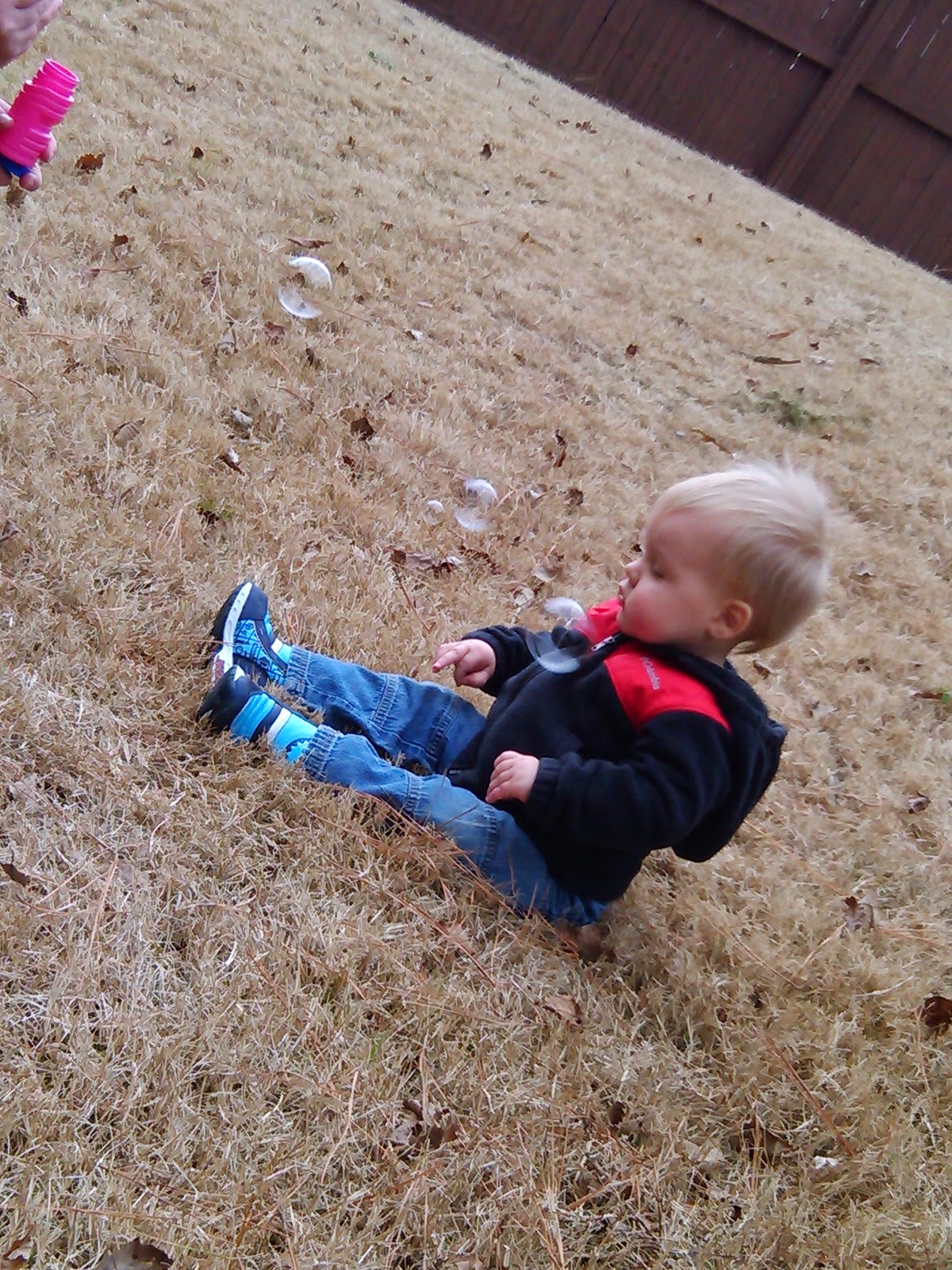 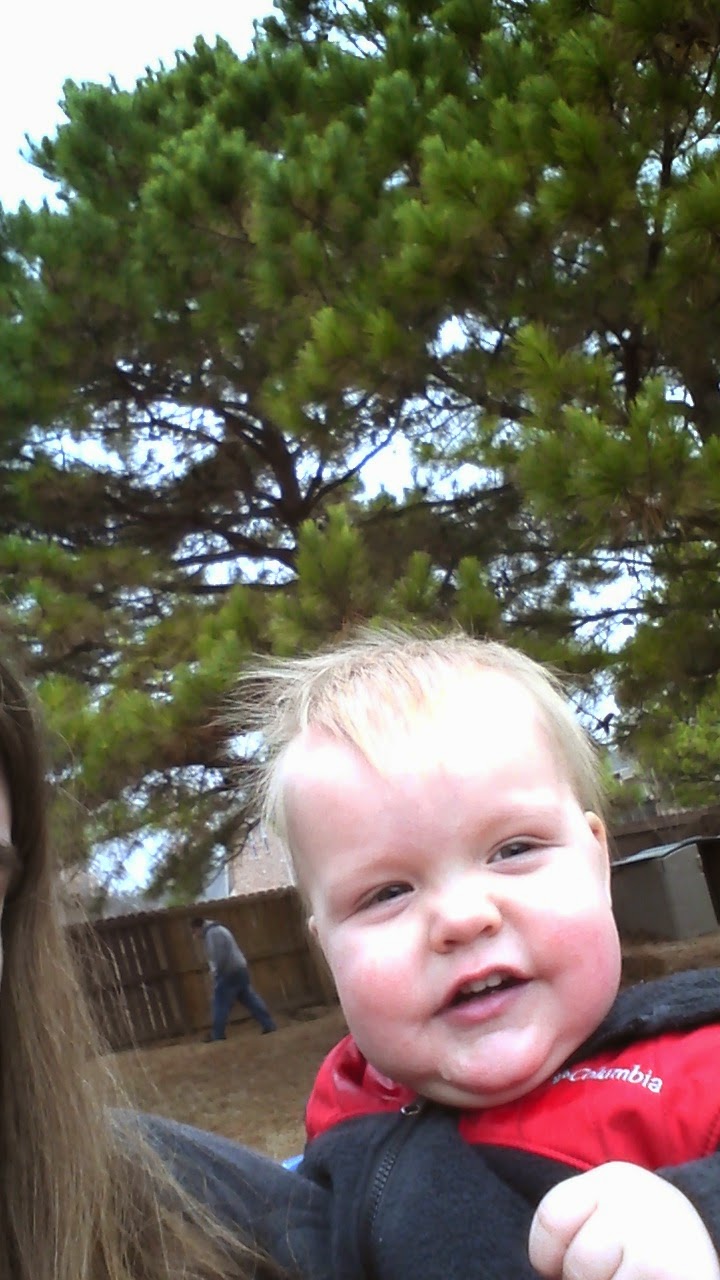 The kids had a blast.  Thank you again to Lindsay and Chris for all your help with the car.

I know it is already mid-January, but I only have a few more trip posts to write up.  I’ll try to get through them quickly and move on to more current events!  At least there are more pictures to come!