Dealing with short naps with twins

Short naps are so annoying.  You get your baby to sleep and finally get a chance to get a few things done around the house.  Then bam- you hear that cry.  Someone is awake.  Short naps are hard for everyone.  Your baby doesn’t get the rest they need and you don’t get the kid-free time we all need in our days.  Having twins just throws an additional wrench in the nap plan.  What do you do if one baby wakes up and not the other?  What if both wake up?   Here are a few things I have learned about dealing with short naps with twins.

Twins do sleep through each other pretty easily.

I had heard before my girls were born that twins don’t mind the other one crying, and it is true!  I was surprised that one girl could sleep while the other was screaming right next to her, but they did.  This means that I didn’t have to worry about rushing in the room as soon as one baby began to cry.  As the girls have gotten older they do sometimes wake each other occasionally.  However, they kind of just look up, see that everything is okay, and go back to sleep.  This doesn’t eliminate the frustration of having one baby wake up early, but it does help alleviate the fear it will immediately turn into both babies up and crying quickly.

Know what you are trying to accomplish.

It can be easy to throw in the towel on a poor nap and just get the baby up.  But if one baby is asleep and one is awake you will end up with two different schedules.  I was not okay with that.  My goal was the keep the girls on the same schedule.  This meant I didn’t mess around with naps.  As much as possible the girls stayed in their beds for the duration of the nap.  If one woke up early I soothed her of course, but I did not end the nap.  It means being stricter on nap time and holding it as a priority, but the results are worth it.

It is important to stay focused on your goals and be patient.

It can be hard and frustrating to help your child nap.  And you have two trying to learn how to do this nap thing!  This means any adjustments you make to your routine may take longer to click into place.  Give yourself and your babies some grace.  When one baby wakes up early, then goes back to sleep only for the other to wake up early it is easy to get frustrated and want to give up on even trying.  I remember spending what felt like the entire nap times running in and out of their room.  It was stressful and sometimes I had to tap out and let Pat handle the nap times.  This is okay!  Having worked through naps with my son I knew it was worth the effort to help your baby nap is 100% worth it.  However you try to help your children nap, stick with it.  Keeping your eye on the prize will help get through those days when it feels like both babies will never nap for the full time.

Try your best not to compare babies.

This means comparing your babies to your friends and to each other.  My girls liked to take turns having hard times with naps.  Sure, that was great because both were rarely struggling at the same time.  But it meant it felt like one of them was always awake!  It is so easy to think you just have terrible sleepers.  But try to look at each baby as an individual.  I kept notes on how each of my girls was sleeping.  When I looked at those I saw that as individuals, each was actually doing pretty well at naps!  Their wake ups were not outside of the norm, and I did not have babies who hated sleep.  It is just when you layer the sleep patterns of two babies you can feel like no one ever naps.  Individually the girls actually started taking longer naps earlier than my son did, it was just very hard to see until I looked at their patterns one at a time.  This really motivated me to keep up the work on naps!

Take advantage of the short naps every once in a while.

I know as a twin mom I feel like I don’t get to spend nearly as much time just cuddling and holding my girls as I did my son.  I know all moms go through this sort of guilt with their second child, and it is even bigger when your second ‘child’ is actually two children.  Once my girls started taking full naps more often than not I would use a short nap as a chance to spend one on one time with whoever woke up early.  I call it sneaky snuggles.  I don’t let them get up too early, just ten or fifteen minutes.  It is so nice to have that time to just really snuggle and spend time with one baby.  It doesn’t happen frequently, so I’m not worried about creating bad habits or the girls not getting enough sleep on a consistent basis.  Getting in that quality time makes me view one twin waking early as a gift instead of a burden. 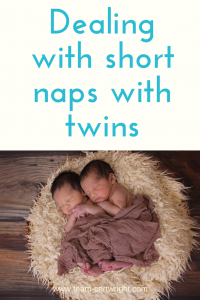 Even with twins, short naps will end.  Stay focused, give yourself and your babies some grace, and it will happen.

Here are some more twin posts to help you out!

Tips to get solid twin naps

One year of twin schedules

All the ladies of the BFBN are tackling different aspects of short naps today.  Be sure to check them all out! 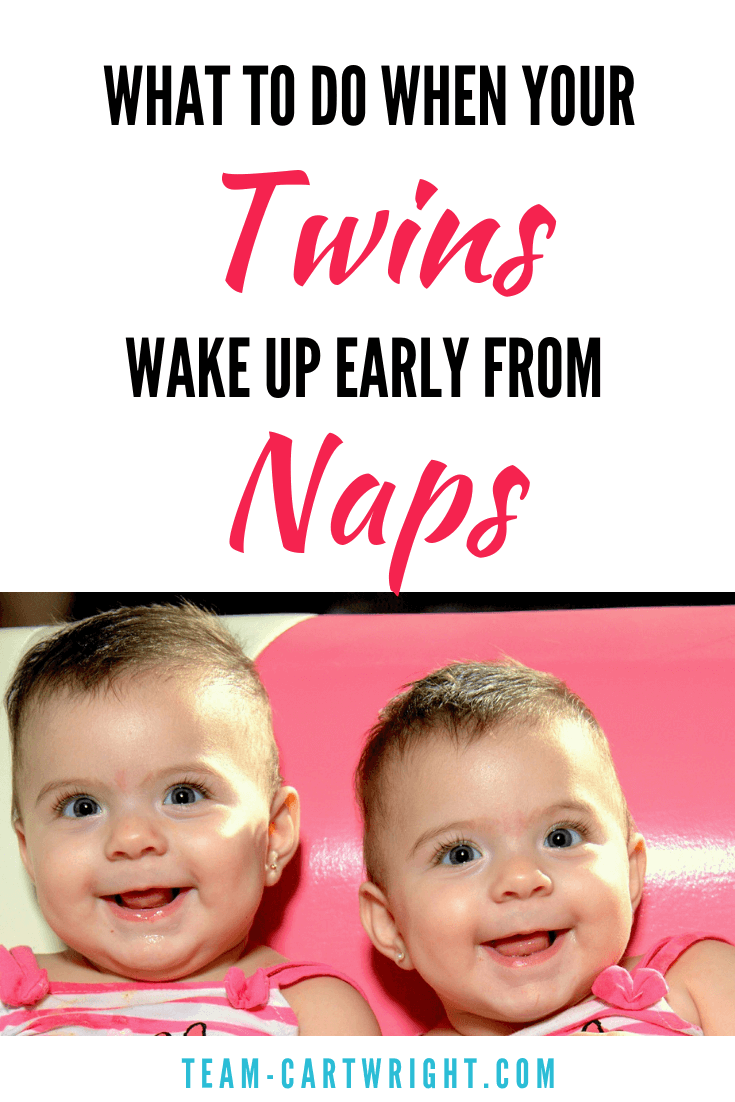 Short naps are tough, and I don't even have twins! Kudos to you mama for keeping your wits about you and striving to continue to give your children what they need. It's hard work, and you're amazing!

I can't even imagine trying to manage naps with twins! My first two were 19 months apart and I considered it a win if they napped at all at the same time.

I can't even imagine trying to do naps with twins. It was hard enough just getting one at a time to nap! Argh!

Oh man naps are hard enough with one. Sounds like you have a great way to handle getting them back on track though. My last baby gave up naps at 1 and it’s been soooo hard. Will have to try some of these tricks to see if we can get some more napping in!

I thought I was struggling with just one baby who takes cat naps! Thank you for the tips!