Saturday night Pat and I took Ben out to dinner.  It wasn’t actually his first time to a restaurant.  He’s been out plenty of times.  This was the first time we were taking him out where he would actually be eating with us though!  The first few weeks Ben was on solids we didn’t go out to dinner.  It was exciting enough to be eating with Ben at home!  We went to the baked potato dinner at church, but that isn’t quite the same thing.  For Lent Pat and I gave up eating out, so this was our first outing in a long time!
We decided to go to Olive Garden.  It is tasty and we had a gift card!  I went ahead and brought Ben’s food.  I know a benefit of baby led weaning is that you don’t have to bring extra food for baby.  However, our little Ben is currently not into carbs.  And we wanted to enjoy some pasta!!  I also didn’t want to have a giant mess, so I brought food I knew he could eat without getting it all over.  Ben of course was great!  We went very early so we wouldn’t have to wait for a table.  He was pretty happy looking around at everything.
When it came time to eat Ben ate his normal food, as I said.  We also gave him tastes of what we were eating.  He seemed to like lettuce all right.  What surprised us was that he enjoyed some of the breadsticks!  I don’t know anyone who doesn’t like Olive Garden bread sticks, but I didn’t expect Ben to be into them.  We didn’t give him very much, but he happily ate the little bit we gave him.  I also offered him some of my salmon, and he enjoyed that as well!  We should have known, he really likes any protein.
As I said, overall eating out with Ben went really well.  We only brought a couple of toys with us, and once we started him eating he was very happy with just that.  We only gave him a few pieces of food at a time, and he didn’t really drop much of it!  There were only a couple of pieces that got away from him, but he didn’t throw anything on the floor on purpose.  He did it all sitting in a regular restaurant high chair.  I remember when he was too little to sit in those!  I know every mom says so, but he is really growing up so fast.  It is so fun to go out to dinner with Ben.  We have to go early to avoid crowds and be home in time for bed time routine, but it is worth it to enjoy the experience as a family. 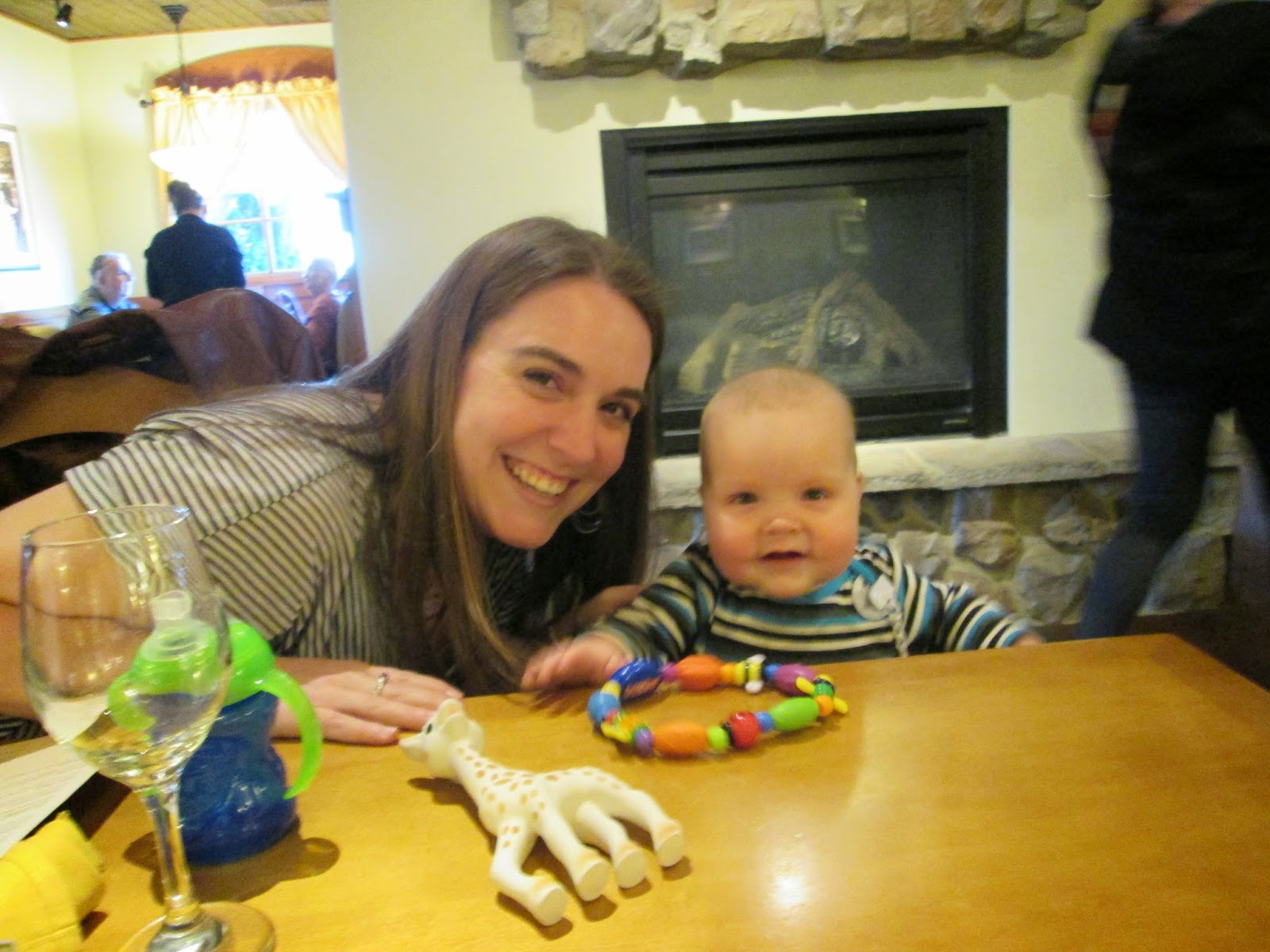