How is this comfortable?

I know kids can sleep in all kinds of places and positions. But Ben has one current sleep position we just do not understand.  He likes to stick his feet through the slats of his crib.  Now that he is bigger, we keep the crib bumpers in his crib to try to keep this from happening.  He usually manages to prop his feet up on the bumpers, leaving them mainly inside the crib.  If we see his feet sticking out we would try to move him.  But the last time I did that he woke up enough to give me the stink eye and put his feet right back where they were.  I guess it must be comfortable.
Last night Ben took it to a new level.  I went to check on him, and this is what I saw when I peeked into his room. 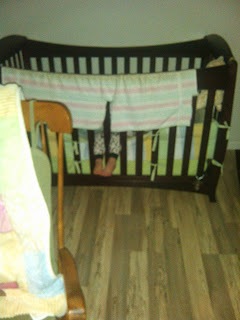 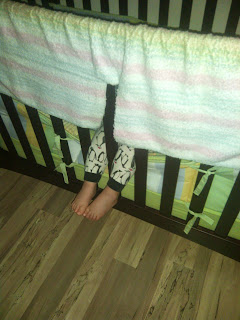 Upon closer inspection, I saw exactly how he had arranged himself.  He looks so sweet! 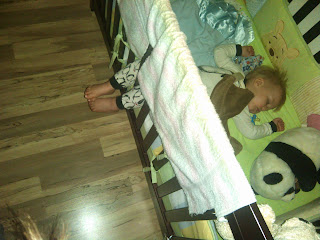 We checked on him about half an hour later, and he had pulled his feet back into the crib, safe and sound.  (And in case anyone is wondering, there is a towel tied to the bar of his crib.  This was put in place when he decided he was part beaver and start gnawing on the crib.  It has helped to keep the teeth marks at bay.)

I love Ben, but I do not understand this sleeping style. 🙂