Okay, maybe I should use this time to be thankful for something, I don’t know, more meaningful.  Like having enough food to eat, or having great family and friends.  But not today.  Today I am thankful that Team USA is advancing out of group play in the World Cup!!  I admit, I was hesitant to hope.  I don’t want to be a downer or unpatriotic, but Team USA hasn’t always done that well in the World Cup.  We were in a really hard group.  It isn’t called the Group of Death (please read that in a scary tone) for nothing.  But the guys pulled it together and made it to the next round.  True, they didn’t win against Germany.  But that’s okay.  They moved on and I am excited to keep Team Cartwright’s world cup fever going.
Oh, and I am also thankful that Omi has a sense of humor and granted Ben the time off to catch the game.  Too bad I still had to work. 😉 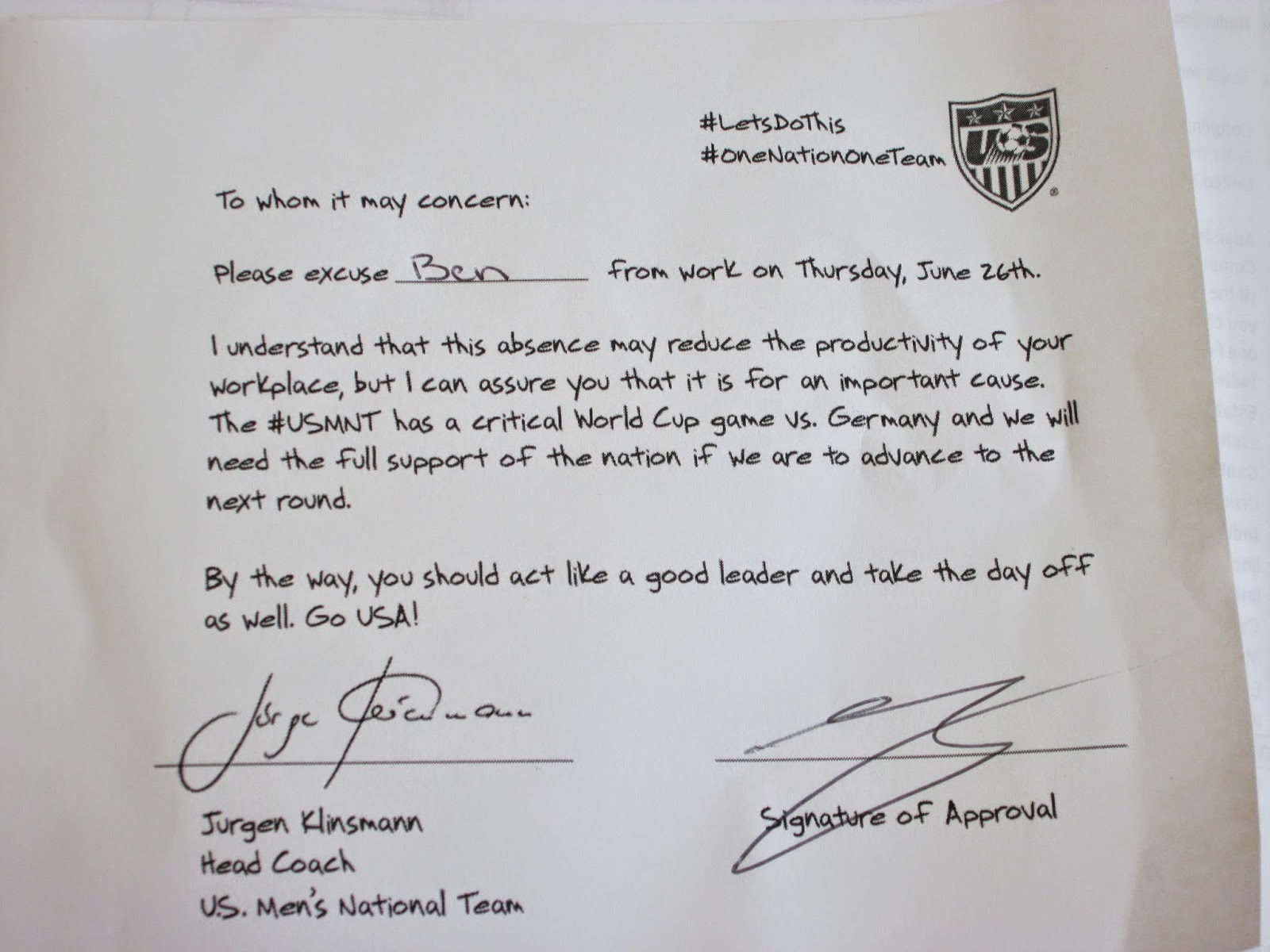