This week I decided to see if Ben would eat some yogurt.  He hasn’t been too into it in the past, but I know you have to offer a food many times before kids will start to like it.  We eat Greek yogurt, so I thought it might be too tart for his liking.  I added some strawberries in an attempt to lure Ben into eating it.

Well, it wasn’t working too well.  He just is not interested in the yogurt, despite having strawberries in it.  I rinsed off one of the berries to show him it was real and something he loves.  He ate that.  I gave him the spoon, thinking maybe he would like to feed himself.  He enjoyed holding the spoon, but instead of dipping it into the yogurt, he held the spoon and used his other hand to scoop out yogurt and strawberries.  You can imagine the mess that made… 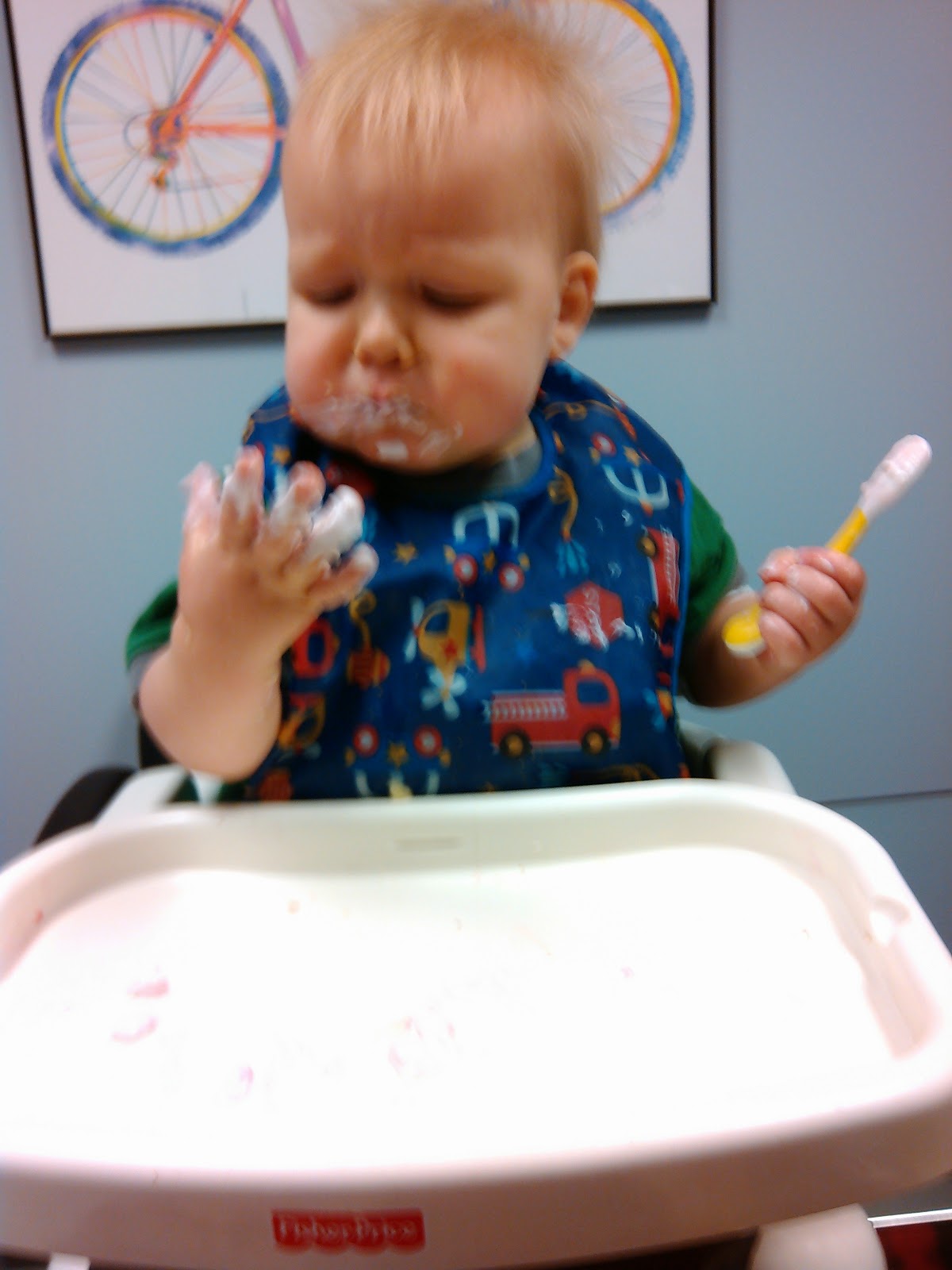 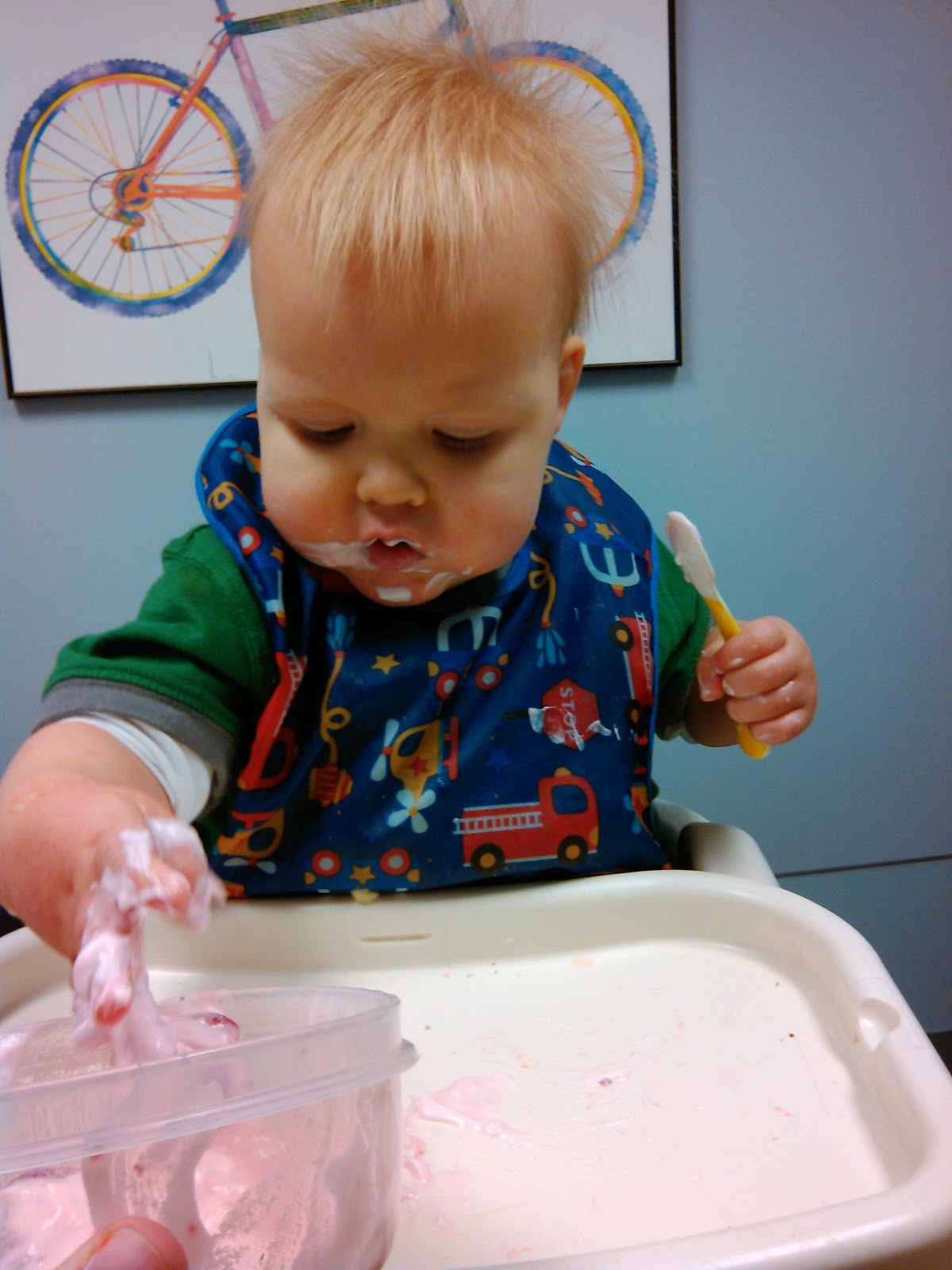 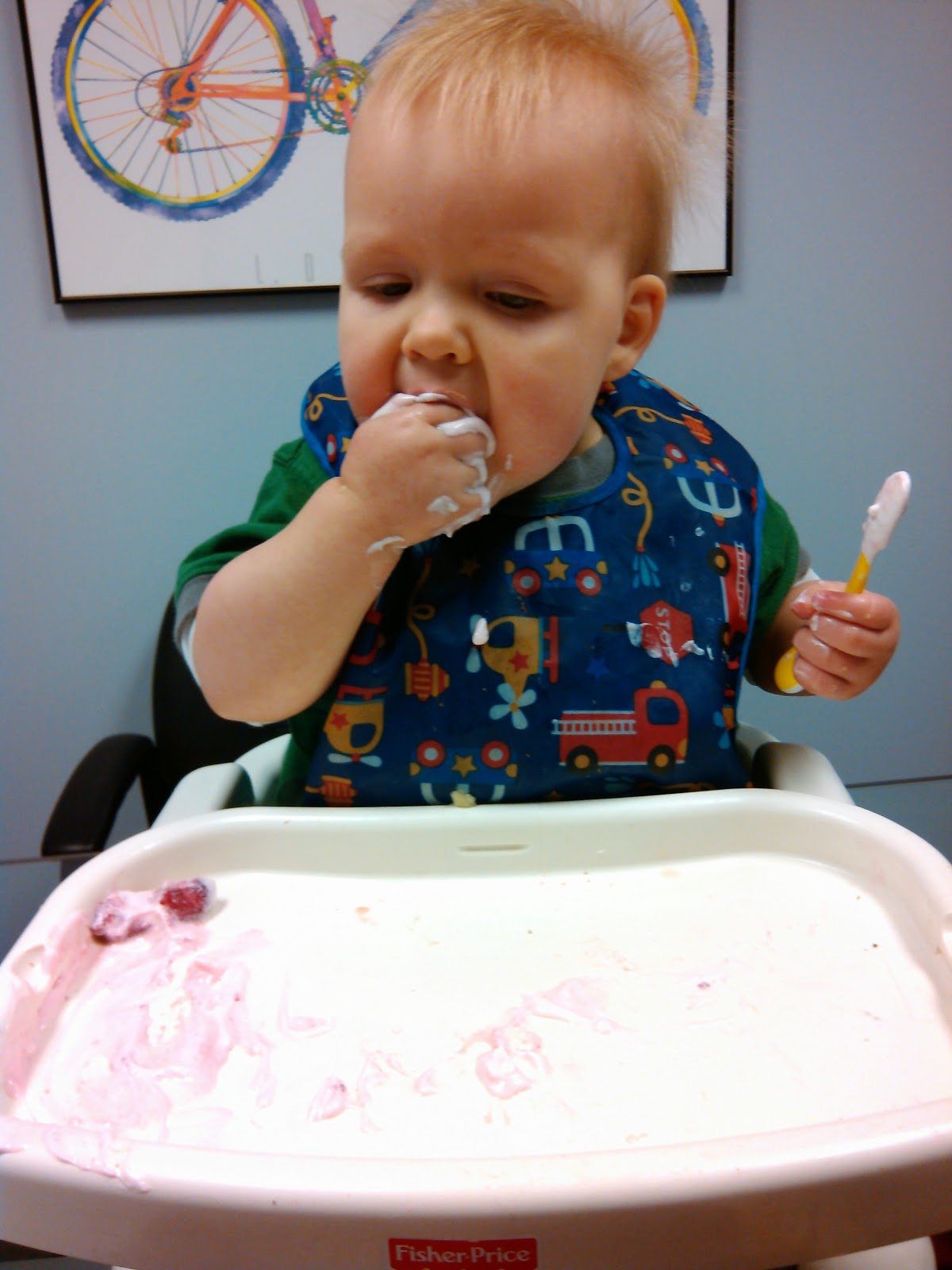 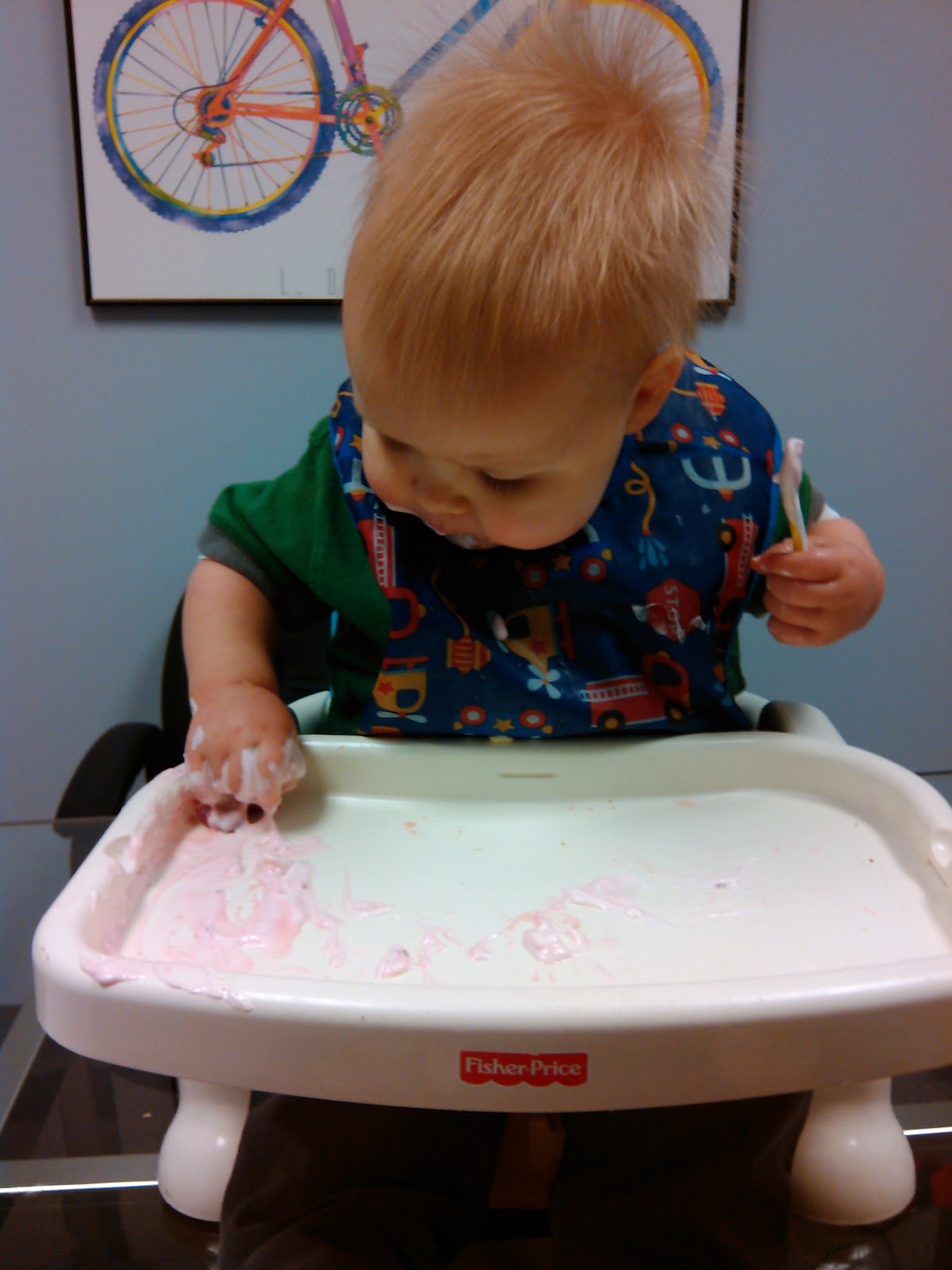 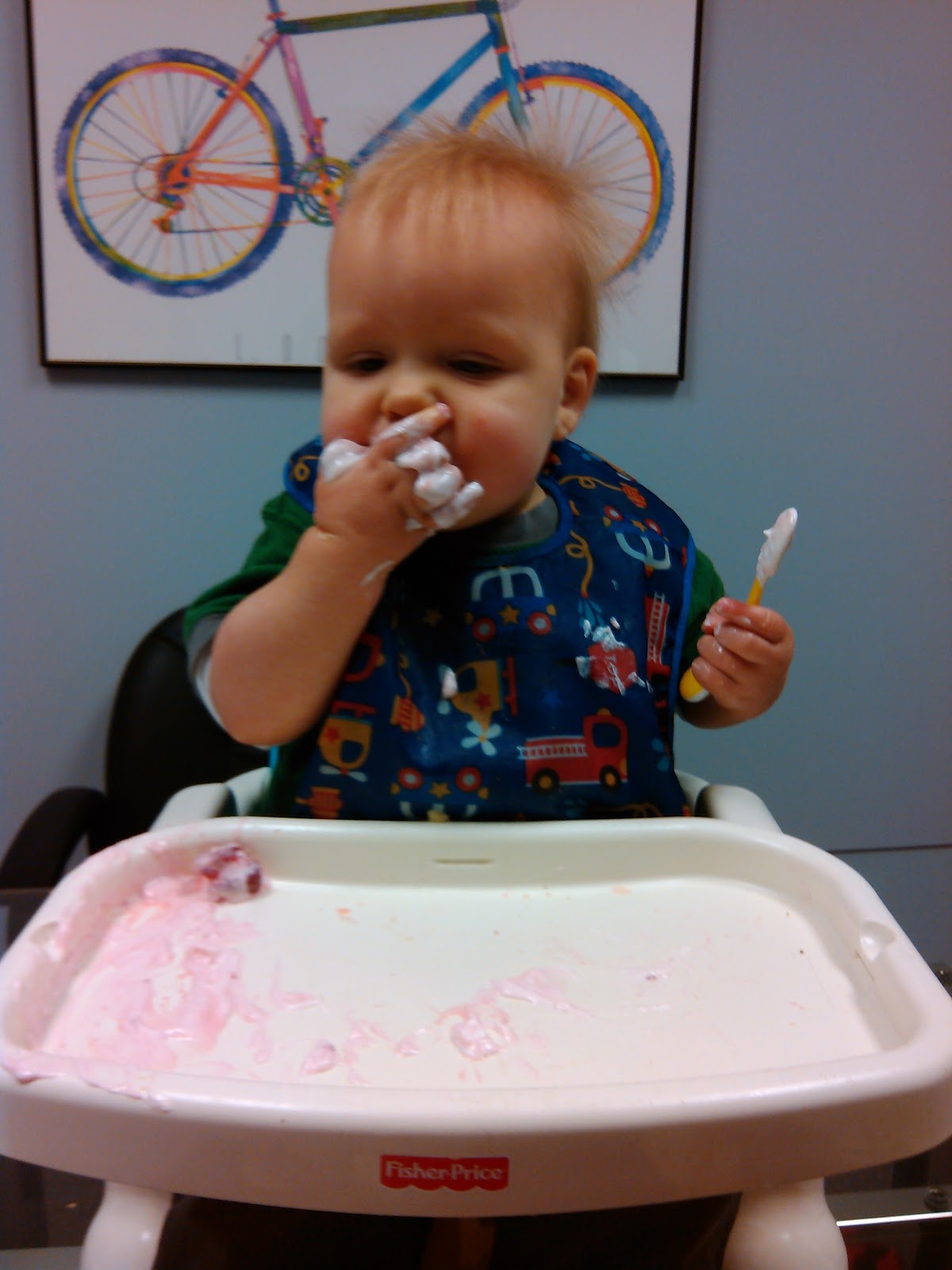 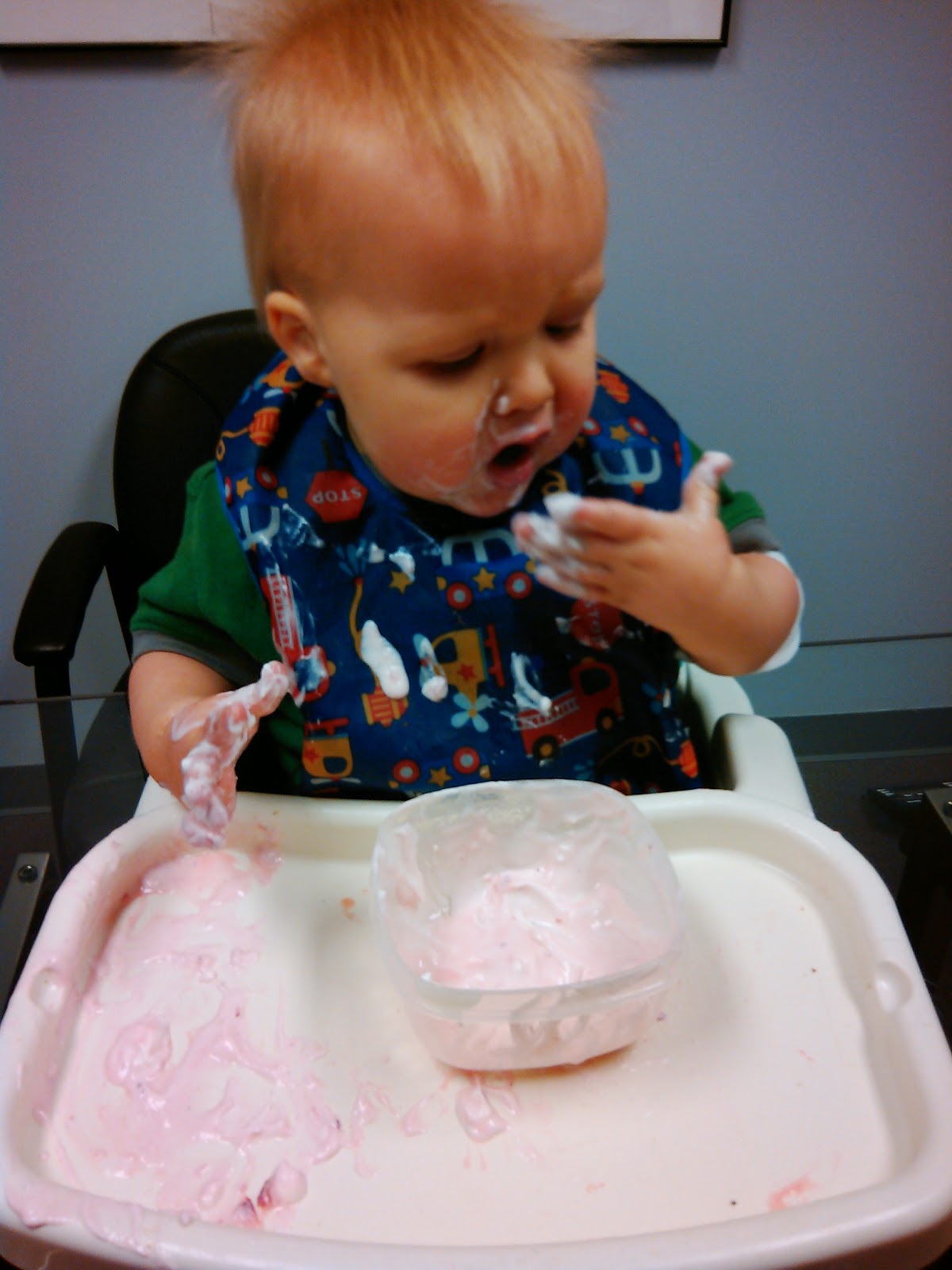 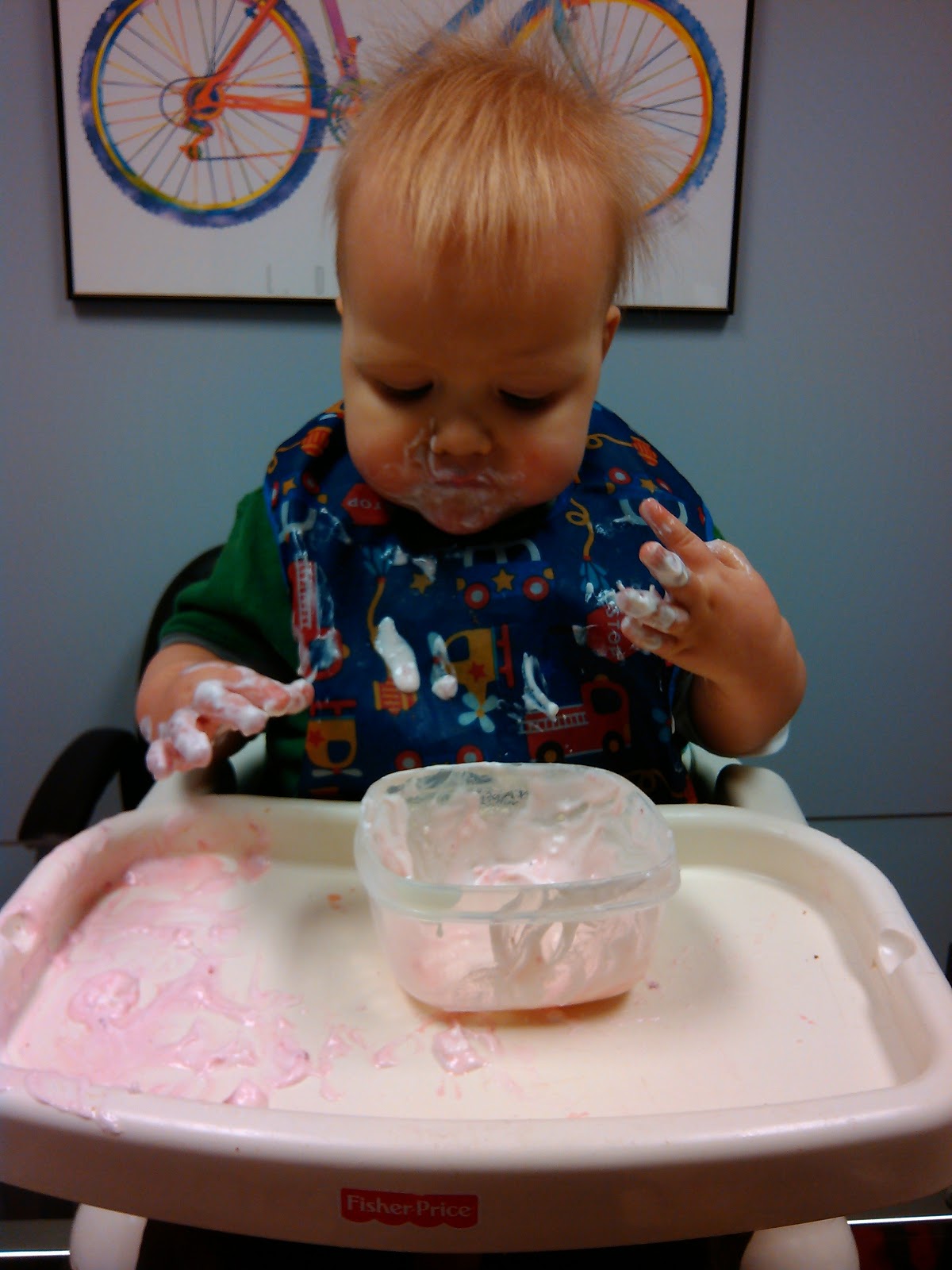 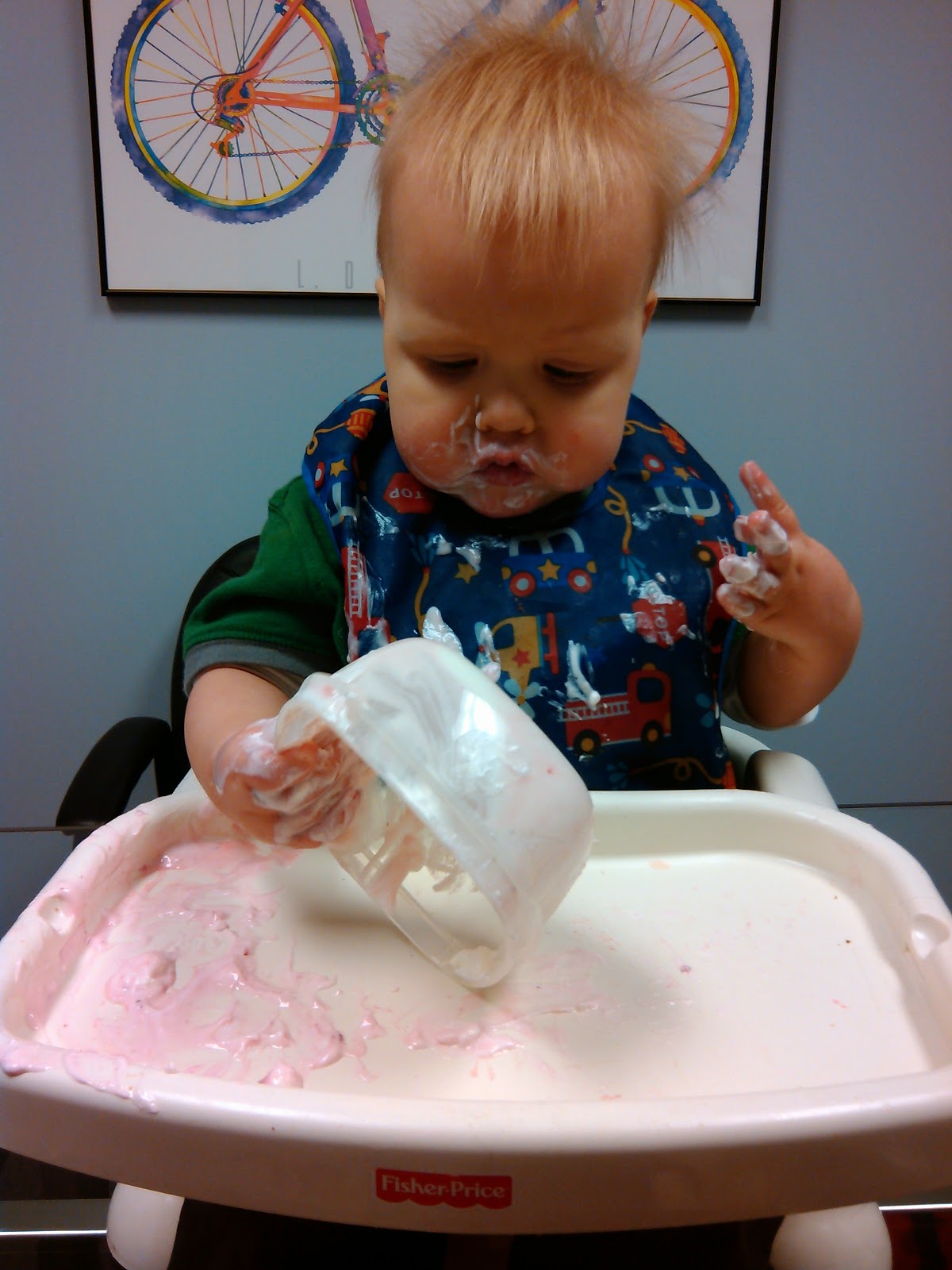 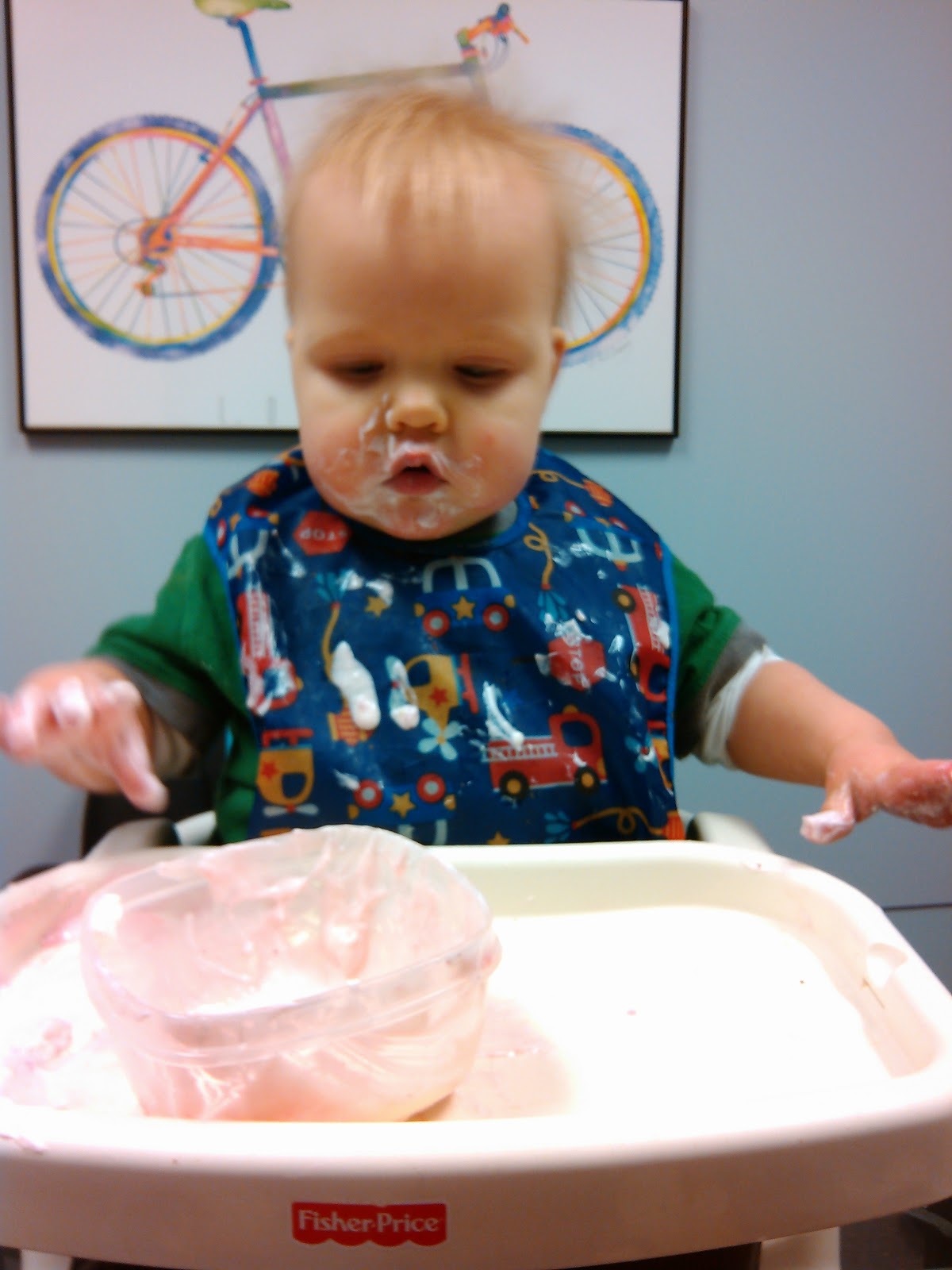 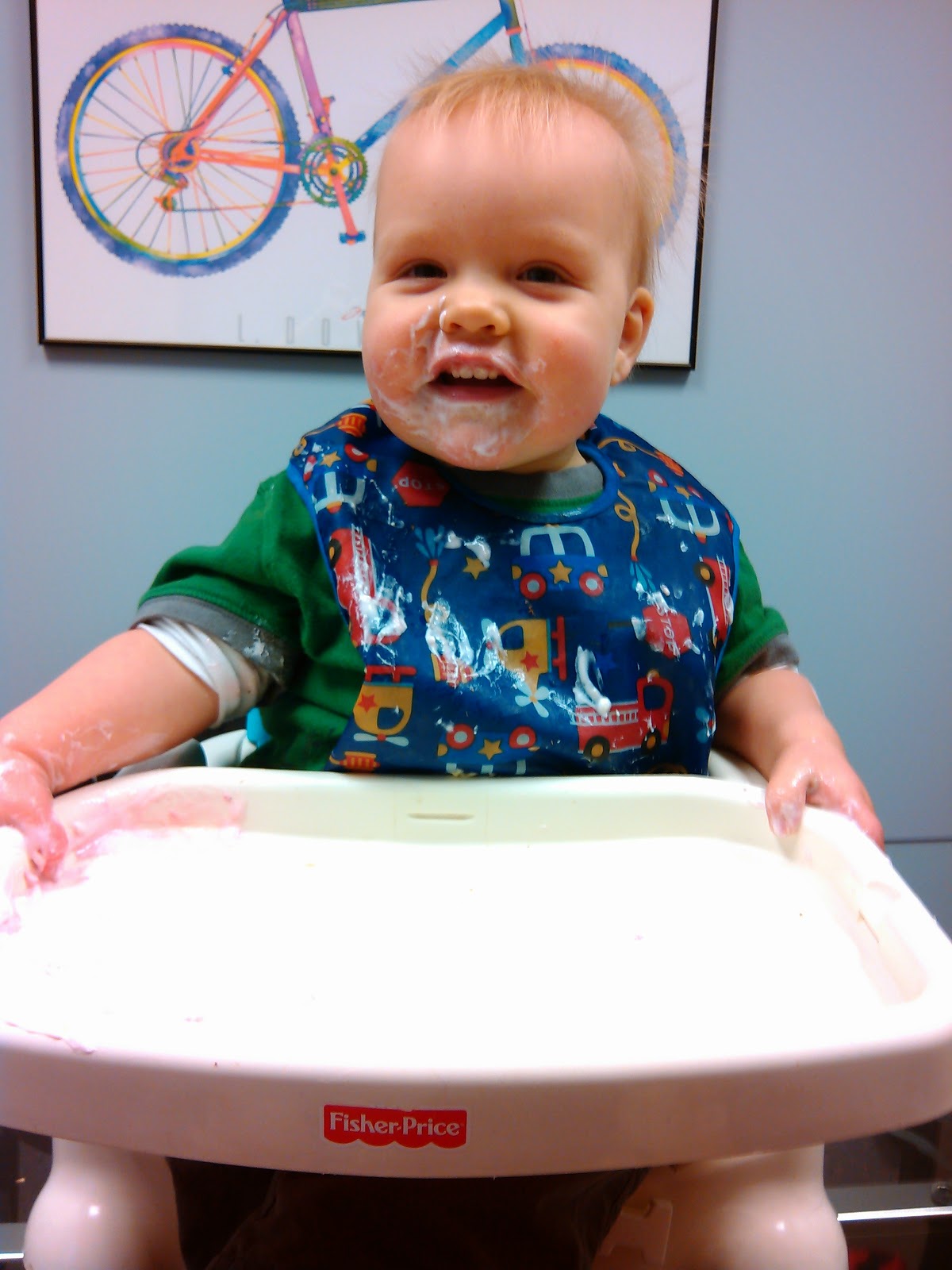 In the end Ben was happy with his yogurt experience.  I think we’ll keep offering it to see if he will enjoy it more, but perhaps I’ll drive the spoon for a little longer. 🙂
–Kim