This weekend was a busy one for Ben learning new things.  He has been crawling like mad for about a month now.  He has also been super interested in Dagger since, well, forever.  He loves her.  Now he knows he can chase her around, which to him is the greatest game ever.  I would say Dagger doesn’t like it very much, but she keeps hanging around while he does it.  If she hated it I would think she would go upstairs, or get up on the couch where he can’t get her.  She did have one retreat spot where she could observe, but not be touched.  This weekend, that spot was infiltrated.  Ben figured out how to climb up our bottom step.

Dagger is not pleased with this development.  She loves that step.  She keeps her toys there.  She can relax there on the carpet instead of the wood.  It’s nice and close to her food.  She can easily see downstairs, but run upstairs should danger present itself.  Now, the grabby one can get to her.  She isn’t giving it up.  I actually hope she will occasionally.  Currently she just subjects herself to the always gentle petting of an almost one year.  (Note the sarcasm there.)  I understand it was Dagger’s spot first.  She has a right to have her own places where she likes to be.  She is an important part of our family, and I don’t want her to feel pushed out because of Ben.  On the other hand, she still has plenty of places where Ben can’t reach.  I really hope she learns to move out of the way soon.  Until then she is being sweet and just whining loudly when Ben gets on her step.  We let him climb up, then quickly relocate him somewhere safer.

The other development was actually found this morning.  I went in to check on Ben and found this. 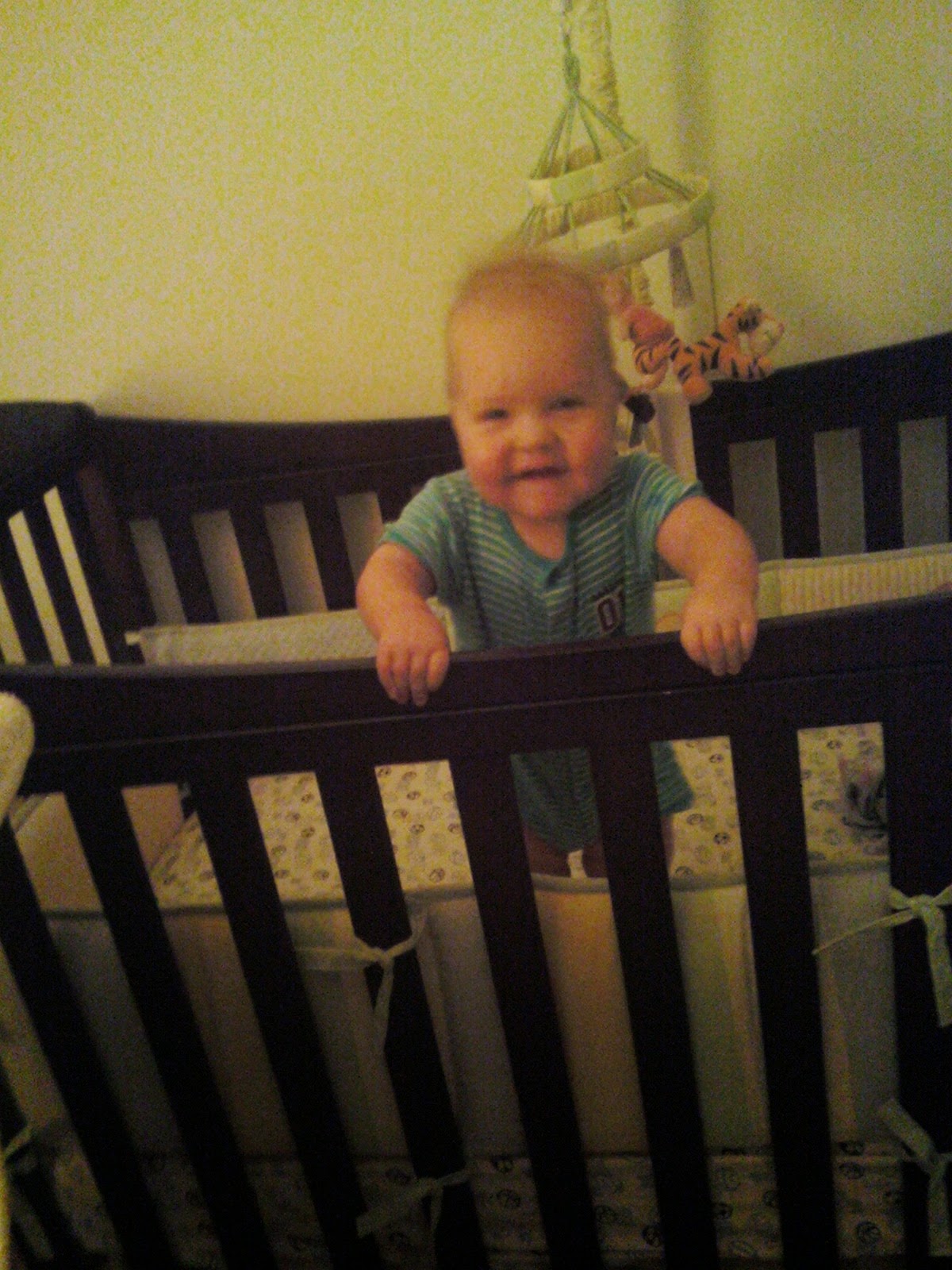 Things are getting pretty interesting in the Cartwright house. 🙂