Christmas Trip: The Ride There

Happy New Year!!  We had a great time on our trip to Arkansas.  The drive wasn’t too bad.  Here’s how I would fill out my Mad Libs for the way there:

“The trip was  pretty good !  Ben was an absolute above average toddler .  I would/wouldn’t change a thing.  Ben was a  car napping  champ.  I thought for sure other cars could sense our  excitement .  We only had to stop every  well, what we expected    hours, which was    fine  .   Next time I would change   trying to feed Ben a pouch in the car  .   We were so happy to get to Gramma and Grampa’s house and   spend time   them.  We will visit again in   the summer   !”


So you can see, not too bad!  We got off to a good start nice and early.  Ben did go back to sleep for a bit at the beginning, which was nice.  We made a couple of stops, including one long one for lunch.  We stopped at a McDonald’s with a playplace, so Ben was able to walk around a little bit.  He still isn’t super into the playgrounds.  I think since he has only been walking a short time he isn’t sure what to do with himself yet.  It is nice that way, as he doesn’t get mad he can’t reach the bigger equipment.  He was pretty pleased to be able to walk around and wiggle a bit.

I spent part of the trip in the back seat playing with Ben.  Well, I handed him toys and too many cheerios.  It rained the whole way down, but we made it safe and sound!  Overall I don’t think I would really change much.  Yes, Ben had some moments of fussiness.  But who doesn’t when on a long car trip?  It’s hard for an active kid to sit still that long.  He still got some nap time, not really on schedule, but the sleep was there.  He ate decently well.  On the whole it was a good trip.  Of course we were happy to finally be there, but I really can’t complain at all.  Ben was great.

We did get some fun pictures in the car and at our lunch break.  Can’t let a Cartwright Family Adventure go undocumented. 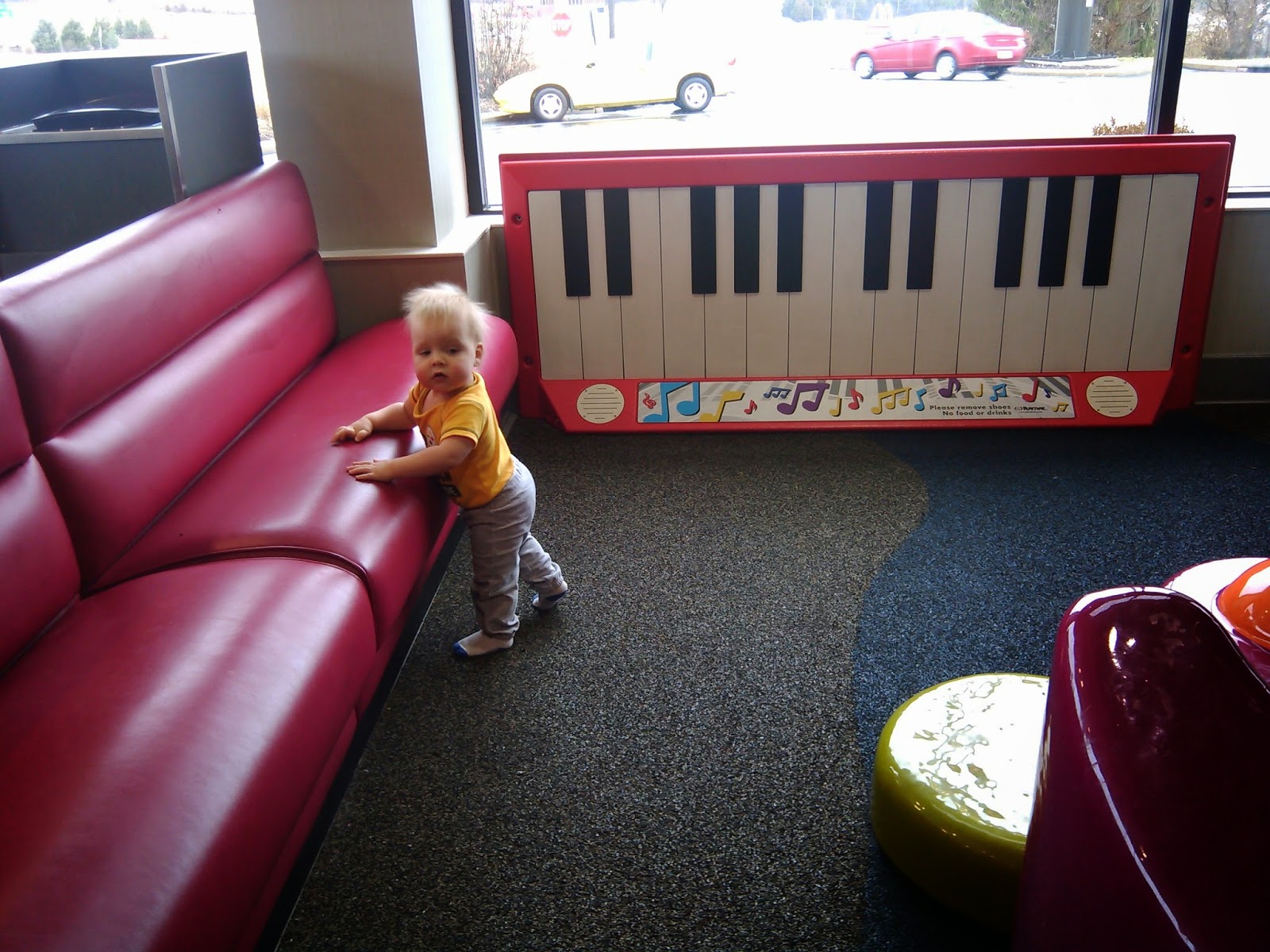 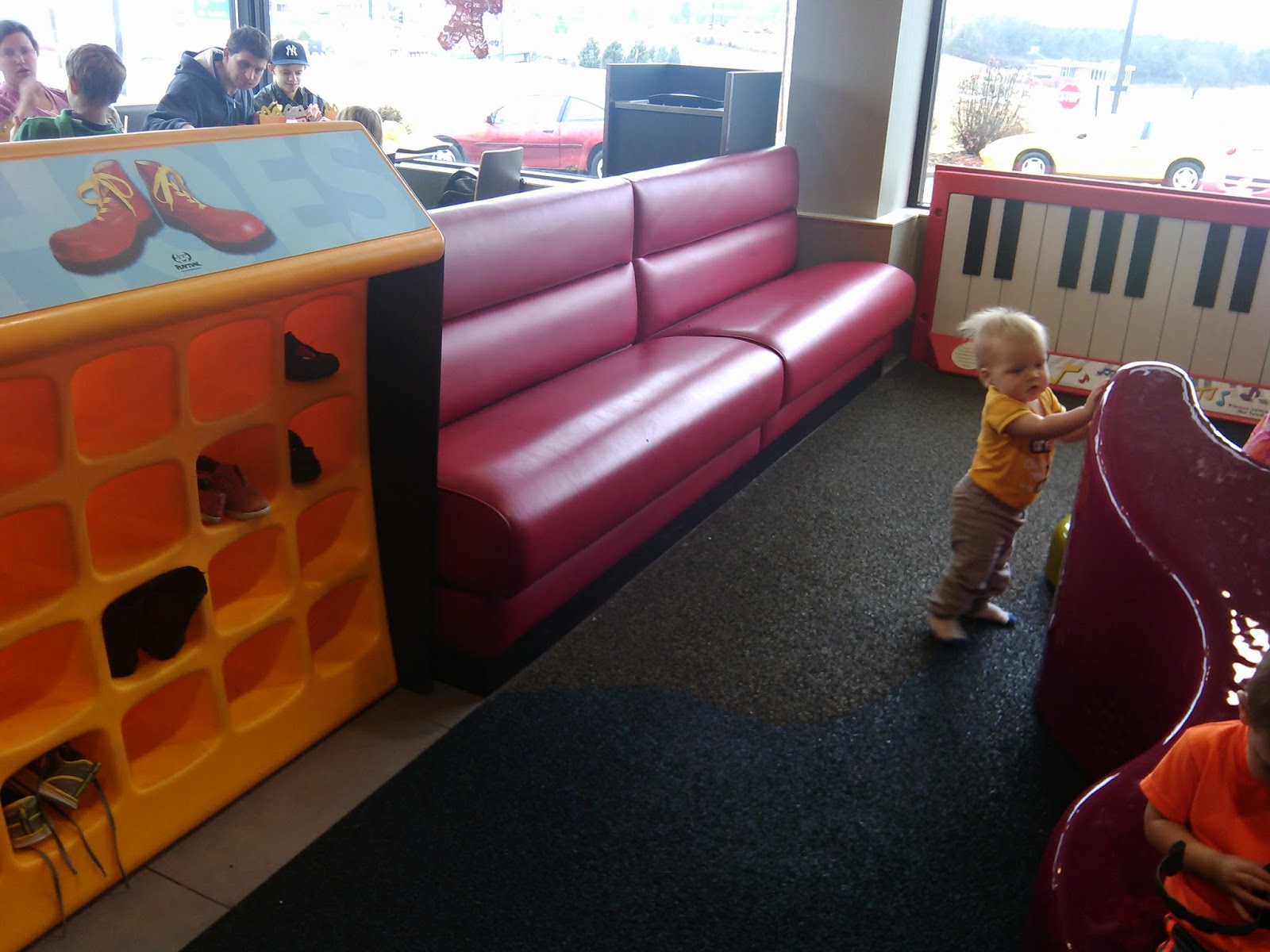 Ben may have been more cheerio than boy by the time we got there, but we made it safe and sound.  Ben was ready to dive in and play with his cousins!