Last weekend we enjoyed our yearly fall tradition of going to the corn maze!!  This is actually the second year we have brought Ben to it.  He loved it and did a great job!  We planned to go through the maze, then grab the stroller, but we ended up  not needing it at all.  Ben was super in to everything and walked the whole time.

We did pretty much every activity that was there.  We checked out the pumpkins in the pumpkin patch first.  Ben enjoyed running around and trying to lift and touch every pumpkin he could.  We tried for some good pictures by the height sign, but Ben wasn’t really having it.

It was way more fun to play chase with Daddy. 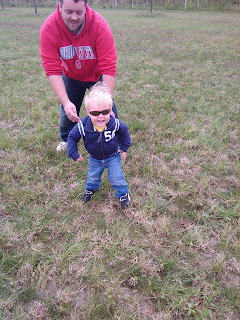 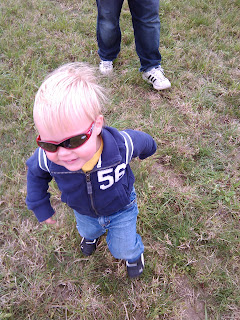 He was pretty pumped when we showed him the letters on the sign though.  He found all the a’s, the o, and the w.  Those are his favorite letters right now. 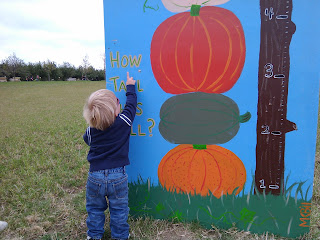 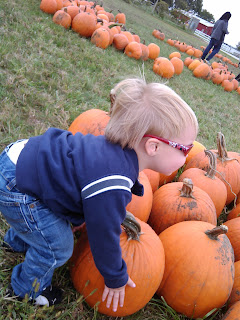 After playing in the pumpkins Ben wanted to explore the wheelbarrows.  It is really nice they have these to help people lift the heavy pumpkins.  Or children, whichever wants to go for a ride. 🙂 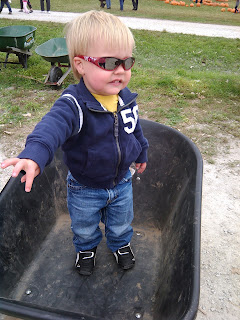 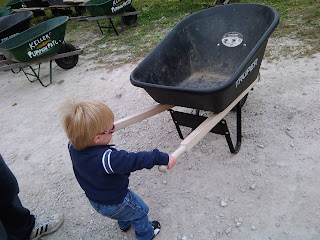 Ben needed a little help actually moving the wheelbarrow on his own.  Fortunately Daddy was there to offer a little assistance. 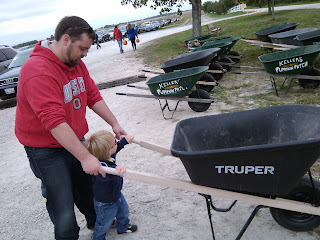 After we looked at pumpkins we headed into the maze.  In past years, Meo, Omi, Pat, and I have split into teams and raced through the maze.  They have several different parts you can go through.  This year Ben was walking though.  I tried to convince him he wanted to be on Meo and Omi’s team, but Pat told me it was more important to be a good parent than try to win.  (I’m not really convinced 😉 )So we went through one of the paths as a family.  It was still super fun.  Ben loved seeing all the corn, and running around the paths.  He was very excited every time we found a checkpoint, and ran up to touch it.  This year’s theme was Little Red Riding Hood.  I am always so impressed at how these sorts of places put these mazes together.  Talk about having to plan and execute carefully!  Ben loved tromping around and having all four of us with him. 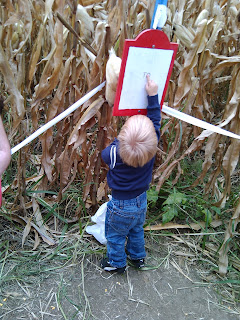 Every year we go to this farm they have added more and more to their activities.  They have been adding great big wooden play structures for the kids, and this year Ben could actually play on them!  He was a little nervous about going in to them at first, but with Daddy by his side everything is doable.  (Do you sense a theme that Daddy was very busy on this outing?  Ben loves Pat so much.) 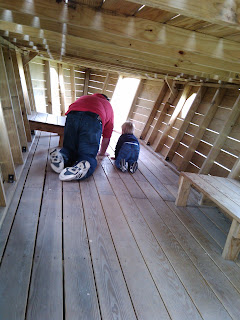 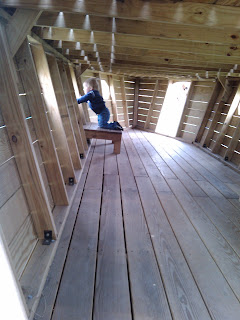 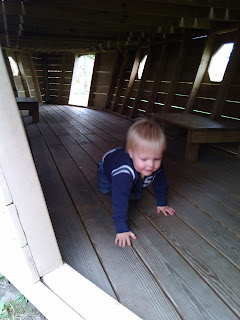 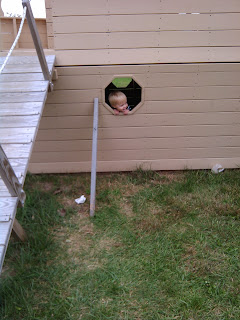 He probably would have spent all day ‘driving’ this little tractor.  He drove Meo and Omi around in it.  We tried to show him some other play structures, but he kept coming back to this one! 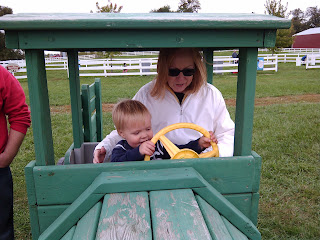 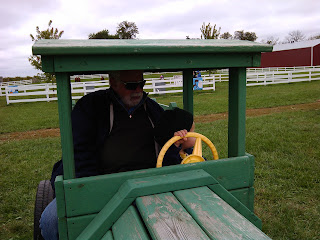 The horses were out this year, along with a little jumping course for this kids to try.  Ben wasn’t super in to that, but he enjoyed looking at the animals in the animal barn.  Sadly I was too busy checking out a lot of the animals to get many pictures.  I think the baby cows were the sweetest looking ones though.  They are so cute!

After seeing the animals we went to the little kid area.  They have big bins of corn, wheat, and oats for the kids to dig around in.  Ben adored it.  It makes me want to pull out the bin of noodles for him again, but as I am still finding noodles from the tantrum that caused us to halt that activity we will have to see.  Outside though?  No mess, no problem! 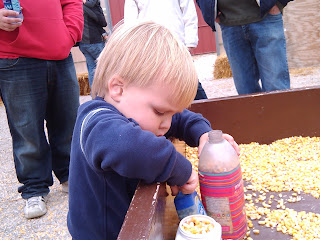 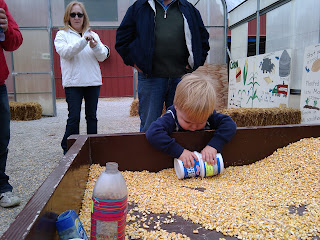 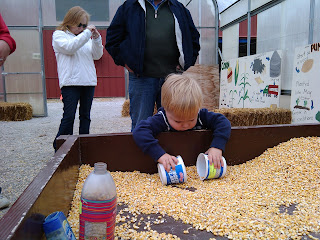 You can’t go to the corn maze without getting a tasty snack.  They have all sorts of delicious looking fruits, vegetables, jams, and preserves for sale.  So what do we get?  Yep, donuts.  🙂  Pumpkin and apple flavored and they are both soooo good.  Ben really enjoyed getting to eat a special treat. 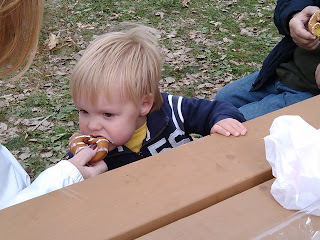 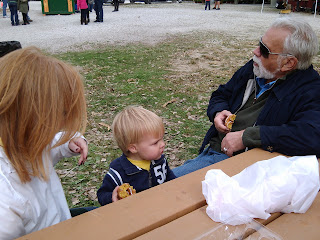 After we got through all the activities and our snack, it was time to head home.  Ben was awesome the whole time.  He really did a pretty good job of using his listening ears, which is hard to do with so much going on!  I was really impressed that he walked the whole time too.  The whole place isn’t that big, but we were walking for a couple of hours, and he has tiny legs!  Understandably he passed out in his car seat before we had even pulled out of the parking lot.  Poor kid was so tired Pat had to carry him into the house and up to nap time.  It was totally worth it though, we all had so much fun.  We’ll have to see what next year brings with our new family of five! 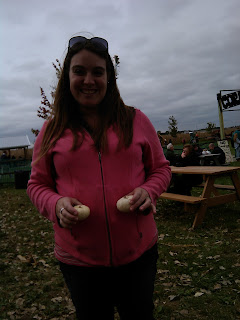 A big thank you to Meo and Omi for coming with us!  I love this fall tradition and always have so much fun when we go.  You can read about last year’s corn maze adventure here: Corn Maze 2014.  It’s very different having a mobile kid this time!  But it was just more fun to see how much Ben loved everything.