Walking in the snow

Snow!  We haven’t gotten a ton of snow this winter.  From a driving and having to go about my business aspect, I am happy about that.  But from a playing in the snow aspect, not as much.  Ben is walking now, and I am so excited for him to play in the snow!  Alas, we have had a lack of snow and it is often too cold for me to take Ben out to just play.

Today it got up to the upper 30s, heat wave!  We had to get outside.  There are bits of snow, but not fresh snow in which to play.  We only had a short time since it was in the middle of the work day too, so instead of playing in the snow, we settled for walking on it and hearing it crunch.  Ben enjoyed it!  He’s still getting used to this whole walking outside thing.  We are practicing holding hands while we walk.  Ben is not, nor has he ever been, much of a hand holder.  Inside that is fine, but outside he must hold our hands.  Of course for the snow stomping I had to take pictures, so he got to be free.

It was just a short walk, but here are way too many pictures of my sweet boy enjoying his snow stomping. 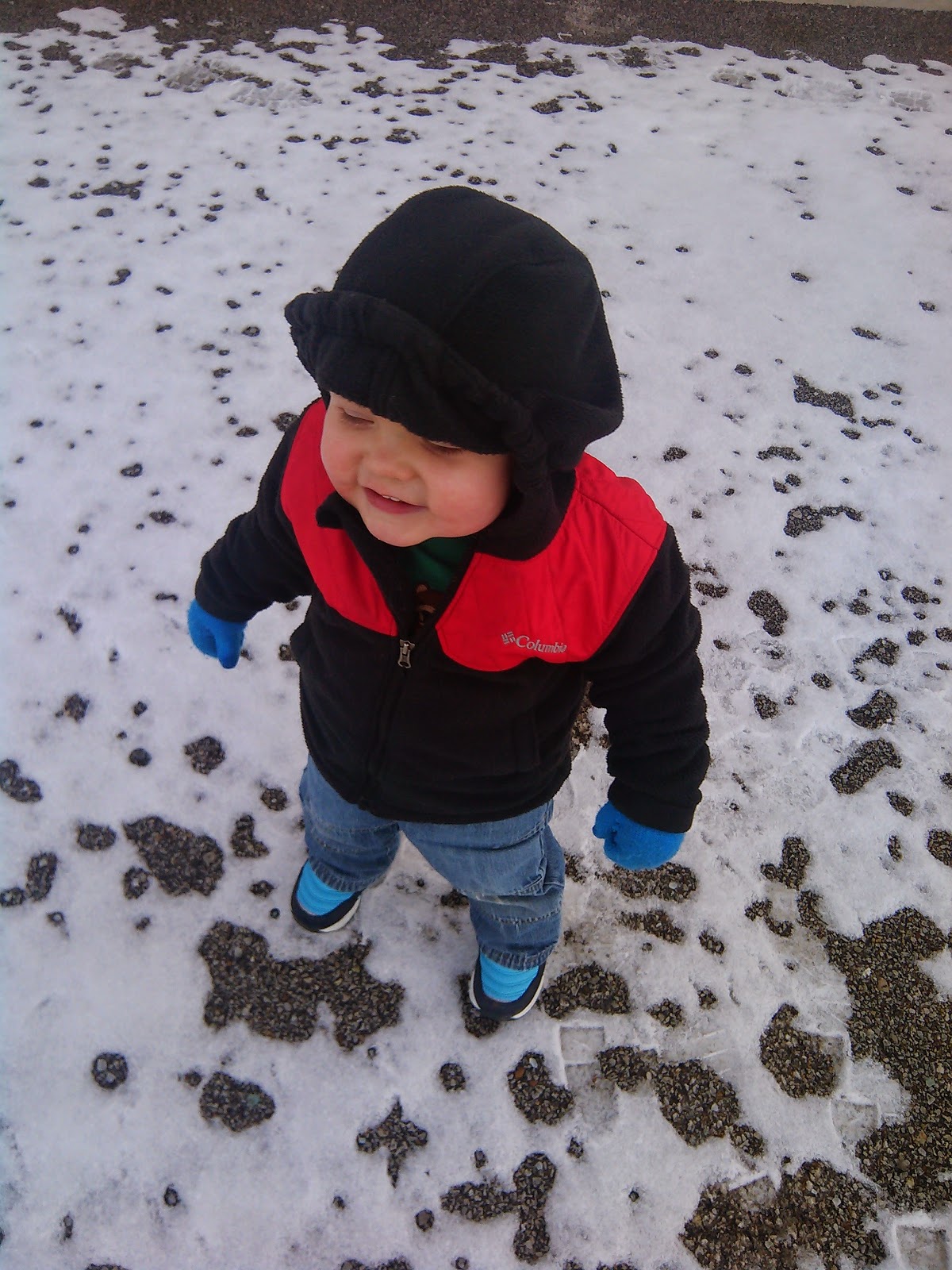 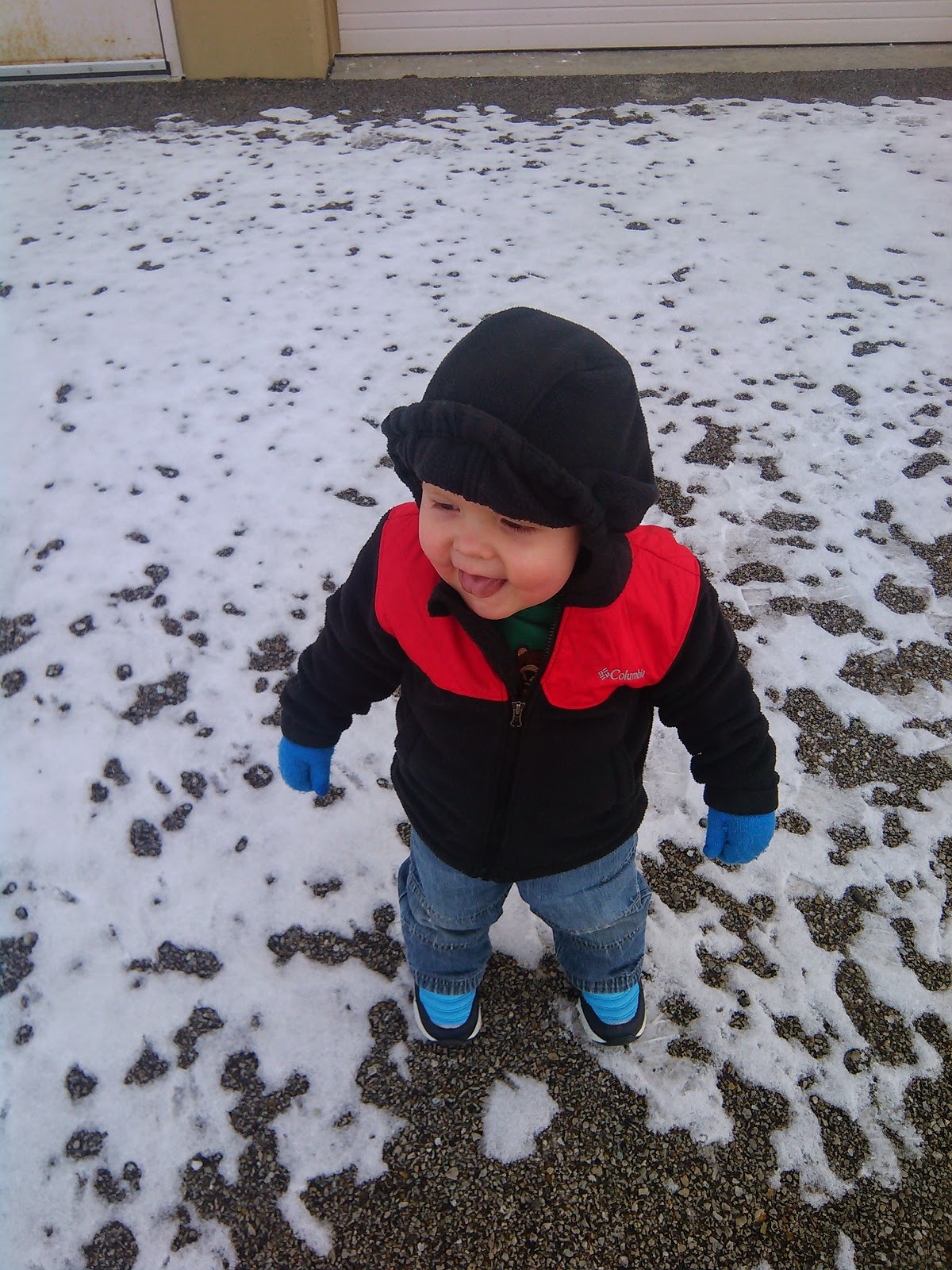 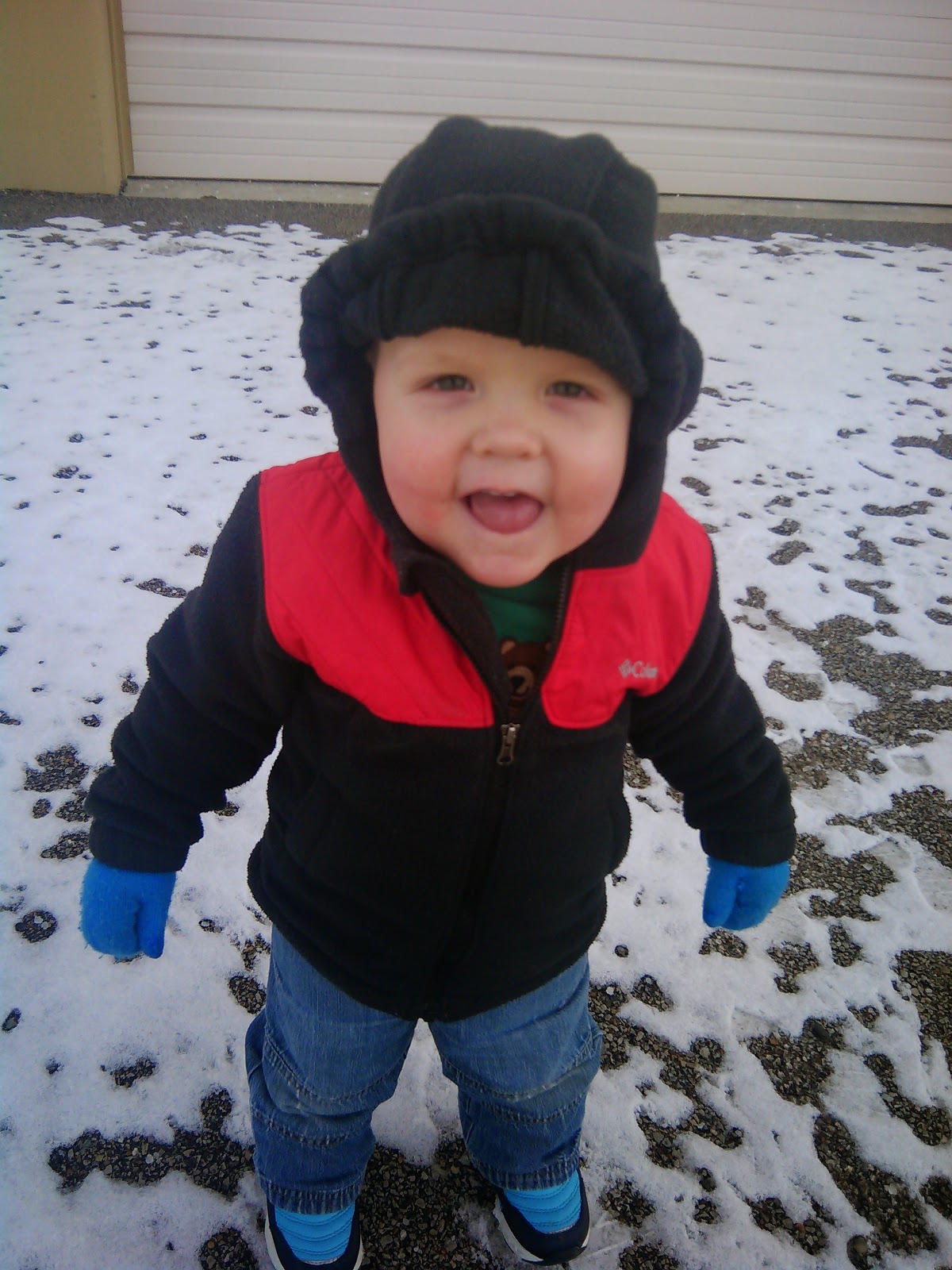 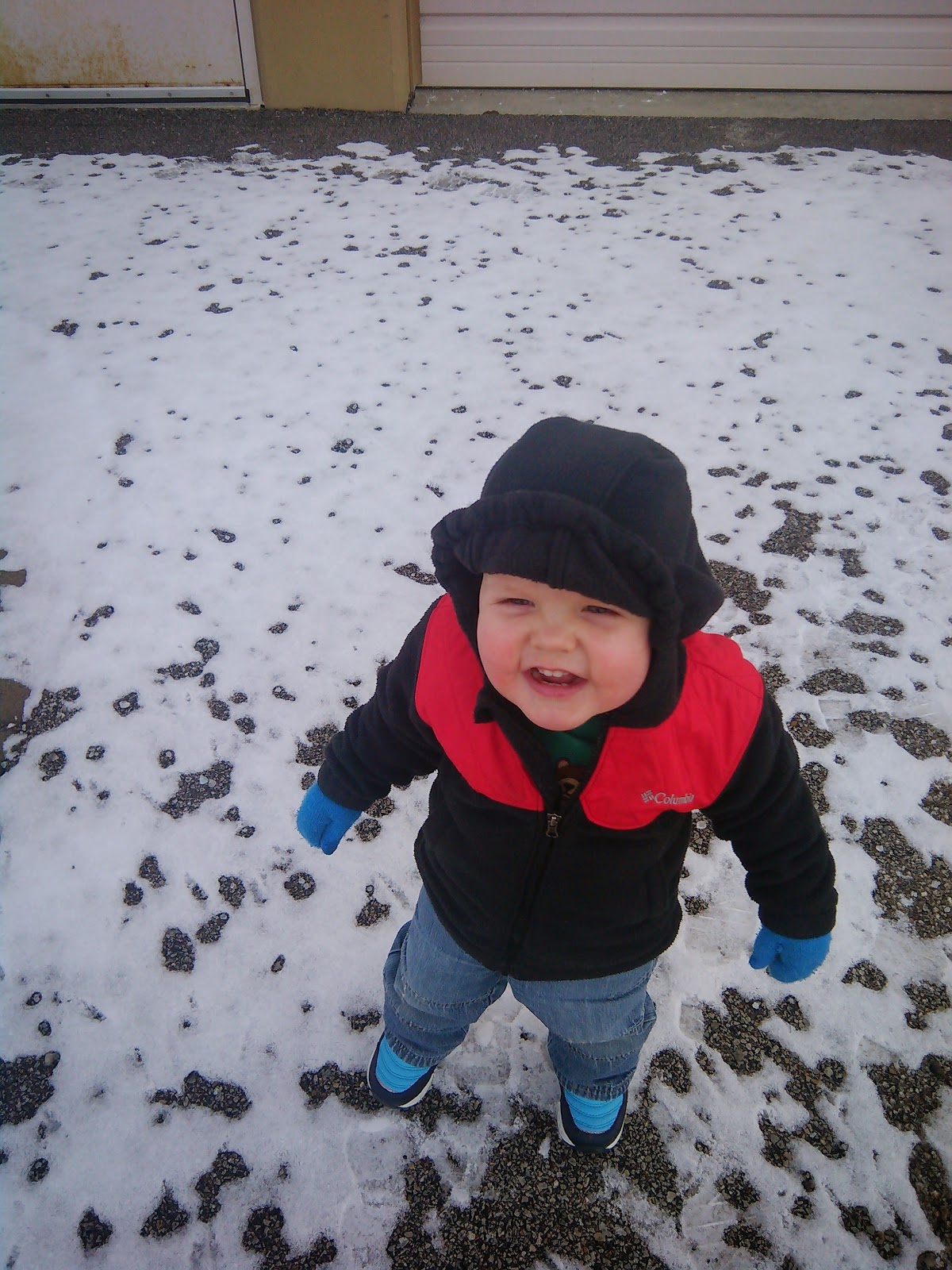 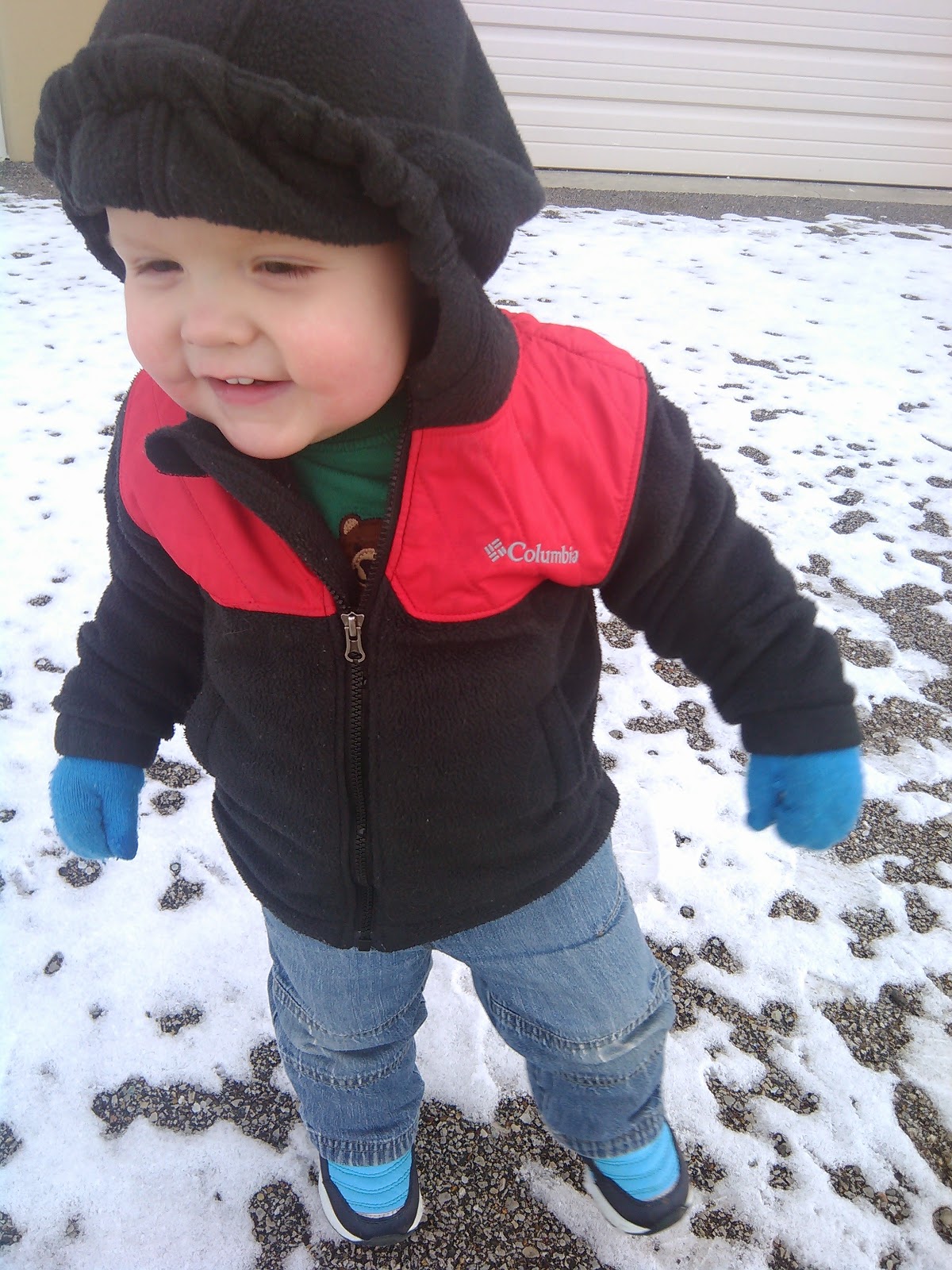 I’d also like to point out that Ben now wears his snow boots without screaming and walks in them.  That is huge progress from the first time we put them on him.  They are harder to walk in, but he is doing so well at it!  He looks like such a big boy in his coat and boots.  Where did my tiny baby go??