Honey are you sitting down? We’re having TWINS! 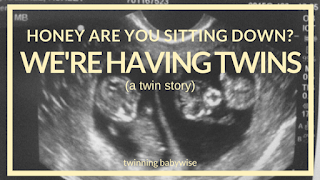 I called my husband on the way home from the appointment:
Eddie, are you sitting down? There are TWO. We’re having TWINS.
Seriously?! Are they conjoined?
What? Conjoined? No. They are separate. There are just two of them.
It’s still hilarious to me that my husband’s first thought when I told him we were having twins was that we were having conjoined twins. Obviously, right?
But really, the fact that that’s where his mind went just goes to show how unprepared we were for this news. It wasn’t like we’d always hoped for twins. We had a one year old and a two year old at the time; twins was our worst nightmare!
That’s not to say being pregnant with twins hadn’t crossed MY mind. This pregnancy was different from the very beginning and I just knew it. I felt pregnancy symptoms almost immediately and they were much stronger than my prior two pregnancies. In fact, at one point I was talking to my mom about how different the third pregnancy was and jokingly said “Is this how all 3rd pregnancies are or am I having twins?!”
But of course, I didn’t actually think I was having twins. That would be crazy!

I made my 8 week appointment and counted down the days to see that little heartbeat, just like I had with my other two pregnancies. On the day of the appointment I was nervous. I am always nervous before appointments for the first 12 weeks.
I watched the screen as she moved the ultrasound around…
No baby.
I don’t mean “no heartbeat.” There was literally no baby. No sack, nothing. Just black on the screen.
According to my last period date, I should have been eight and a half weeks. There should clearly have been a baby there. I’d tested positive on a pregnancy test almost 3 weeks prior. Plus, I felt pregnant!
My midwife told me to make an appointment for the week following. I spent the next week completely convinced and utterly horrified that I was having a phantom pregnancy. Have you heard about those? It’s when someone wants to be pregnant so badly that they convince themselves they are. Women experiencing a phantom pregnancy commonly show all the pregnancy symptoms despite the fact that they are NOT pregnant. This was me! I felt sopregnant.
So that’s the mental state I was in when I laid down on the bed and stared at the ultrasound screen where there were now not one but TWO babies with little tiny hearts beating away.
I’m having twins.

In retrospect it all makes sense. My cycle had not regulated yet because it was only the second one I’d had – prior to that I was nursing my son and had no cycle. I must have ovulated very late – somewhere around day 25 or 30. When I tested positive on the pregnancy test, I was only 3 weeks pregnant. Normally you would not test positive this early, but since I was having twins, my HCG was doubled. At my first appointment, I was only 5 weeks pregnant or so, which is why there was nothing to see.
Having twins had never seriously occurred to me. They do not run in my family. I have never had fertility treatments. I do not have any of the main “risk factors” for twins – like being over 30, overweight, or African American (although I am on the taller side, which can slightly increase your chances). Identical twins are thought to occur completely by chance, but my twins are fraternal. HOW DID THIS HAPPEN TO ME?
However it happened, it’s been the most amazing thing. It’s uniquely special to not only fall in love each day with your baby but to watch your babies fall in love with each other. My twins are only seven months old and I can already see an incredible bond forming.

Just a Small Note About Worry

At each stage, I’ve worried about having twins. I worried about miscarriage. I worried about pre-term labor. I worried about needing a c-section. I worried about not being able to breastfeed twins. I worried about keeping sane with four kids three and under. It’s not that these worries weren’t legitimate – lots of twin moms do go into pre-term labor and lots of twin moms do have a c-section – but what can be gained by worrying? Getting pregnant with twins was completely out of my control – it just happened to me – and having them (and the two others!) is teaching me every day to just roll with the punches. It’s been a huge lesson in learning to SHUT OFF THE WORRY. I was given these twins and I have both the strength and the capacity to mother them – no matter what life brings. If all babies are a blessing, then twins are just a double helping. Sure, it can be chaotic and at times feel like A LOT, but what a special addition they’ve been to our family!
I think Kimberly would agree, TWINS ARE THE BEST. 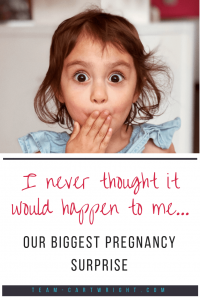 Here are more fun twin posts to check out!

‘Well put one back!’ Finding out it’s twins.

I am that twin mom: Why I dress my twins the same

It’s a BFBN trade day!  I’m over at Mama’s Organized Chaos giving my bath time confessions.  Here today I have Cole from Twinning Babywise.  She is telling us her twin story!  I love hearing about how people found out they were having twins.  Really I love the story of finding out about any baby, but twins often take us by surprise.  Cole’s story is great!  And be sure to check in with all the BFBN ladies to read some great posts today!